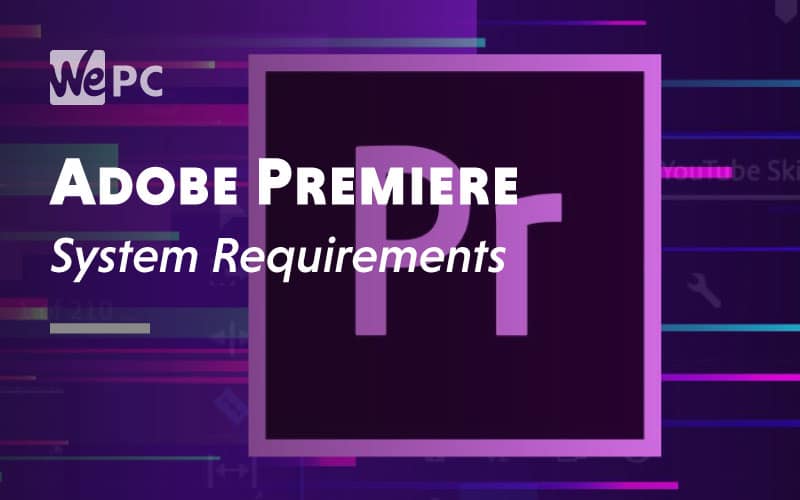 Can I Run Adobe Premiere Pro?

To find out whether your PC can run Adobe Premiere Pro, you’ll first need to determine what components you have with a notable emphasis on the CPU, GPU, and RAM. These have the most significant impact on if and how well the software will run.

If you need help doing this, you can consult our easy to follow step-by-step guide right here.

With your specifications in hand, cross-reference your findings with the minimum and recommended specifications for Adobe Premiere Pro we’ve listed below to check whether your PC is up to the task. As a general rule, we suggest aiming to meet or surpass the requirements to avoid any performance issues. If your hardware falls short, then you’ll need to consider an upgrade.

To make the process easier and take some of the tedium out of the whole task of checking software requirements, we are developing a tool designed to automatically scan your machine, then list a detailed breakdown of all the components. It’s still under wraps at the moment, but rest assured, we’ll be sure to publish an update once it’s fit for purpose and ready for our readers to use.

Using a timeline format, Adobe Premiere Pro allows the editing of high-resolution broadcast-quality video, audio editing and mixing, the use of VSTs, and integration into Adobe’s broader software ecosystem with compatibility with After Effects, Premiere Rush, Photoshop, and more.

A professional-grade workstation is a prerequisite to using Adobe Premiere Pro to the maximum of its capabilities. Still, a less powerful PC will be able to handle the program, although the scope of projects may be limited.

The minimum requirements lead to basic functionality and are geared towards smaller projects with HD-quality video and lower resolutions. They are relatively reasonable on all fronts, especially the GPU and CPU.

Jumping to the recommended requirements, we are looking at a professional-grade build and one that produces video content for broadcast. We won’t beat around the bush; it’s a powerful build and one that comes with a price tag to match.

As a side note, the more RAM you can muster, the better Adobe Premiere Pro will perform. In the same vein, we also recommend a large SSD due to the heft of video files that can rapidly build up if edits are made on a daily basis.

What PC Do We Recommend?

You may want to consider swapping out the RTX 2080 Ti for an NVIDIA Quadro RTX 8000 as the latter is more geared towards professional use.