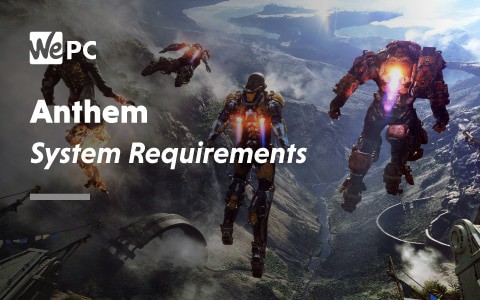 Will My PC Be Able To Run Anthem?

If you’re considering delving into the action-packed world of Anthem, you’ll no doubt want to know whether you’ll be able to experience all the game has to offer with your current PC setup.

You technically might be able to run it, but will you be able to run it at maximum settings so you can experience it as the game developers intended? We want to give you a better idea of exactly what this game requires and then it’s up to you to see if your PC specs can match up to them.

The setup of Anthem brings you into a world – or rather an unfinished world – where humans struggle to survive in a tough environment, surrounded by dangers and threats.

The story follows a faction called the Freelancers, who aim to protect humanity from the threats beyond their cities’ walls. You’ll also discover that Anthem is a powerful force that fuels extraordinary technology – something that the main villain, Monitor, is looking to seize control of.

Anthem has a combination of action-role playing and third-person shooter elements in an open world setup. There is also a lot of cooperative adventures on the table here. Although you can play this game solo, it’s an unmissable experience when shared with a couple of friends.

The good news is that you’re unlikely to need a supercomputer to run this game. We would recommend that you take a look at our mid-range build guide if you’re missing a few pieces of the puzzle from the recommended requirements section. Once you have the components, this will make the game much more enjoyable to play.