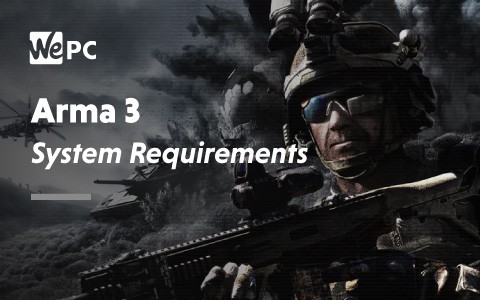 Running Arma 3 with any success all depends on the components inside your gaming PC. As such, you first need to determine your PC’s specifications. If you need a hand doing so, you can refer to our handy guide right here.

From there, compare them to the minimum and recommended specifications listed below. Aim to at least match the official requirements, and if possible, exceed them for the best experience of Arma 3. If they fall below, you may want to consider an upgrade to one or more components to improve Arma 3’s performance.

To make the process of determining whether a game can run easier, we are working on a bespoke utility designed to scan a PC for its hardware components automatically and provide a detailed breakdown. It’s still being developed by our team, but we’ll be sure to publish an update once it’s up and running.

Arma 3 is an open-world third-person military tactical shooter. Set in the near future, specifically the 2030s, the action takes place on the twin islands of Stratis and Altis in the Aegean Sea on a photo-realistic 290 km 2 map.

Arma 3 has both a single-player campaign and a multiplayer component. In the campaign, players fill the shoes of Corporal Ben Kerry, a US soldier, and must complete all manner of military operations from solo infiltration missions to full-scale battlefield engagements in the shadow of the turmoil caused by the departure of NATO forces leaving the islands as tensions flare in a heated conflict between the Eastern CSAT, the local guerilla militia, and Altis’ own military force. Arma 3 also offers a cluster of open gameplay-drive scenarios for players to enjoy solo.

On the multiplayer side, Arma 3 offers both co-operative and competitive online play through official scenarios, custom missions, various modes, massive PvP operations, and objective-based multiplayer missions. The original iteration of PUBG was as one of the most popular Arma 3 modes.

With over 40 weapons and more than 20 vehicles, including naval vessels and aircraft, players are spoilt for choice when it comes to the equipment they can use for each military operation.

The minimum specifications will work, and Arma 3 will load up properly, but the experience borders on the painful given the low FPS count even with the settings pulled back to low. Consequently, we recommend by-passing the minimum requirements entirely and focusing on the recommended specifications.

Even these aren’t all that ideal. With either an NVIDIA GeForce GTX 660 or an AMD Radeon HD 7850, you’ll struggle to hit anything above 40 FPS at 1080p with the settings on high. Lowering these down to medium does add a dozen frames but not much more. As we are dealing with a shooter where frames can be the difference between in-game life and death, we’d ideally want a stable 60 FPS, so be prepared to reign in the resolution and tweak the settings as needed too.

Despite some pretty advanced AI computing requirements and a vast open-world with large draw distances, the CPU performance isn’t comparatively all that power-hungry, and as long as you have a Core i5 or FX 4300 variant, you should be good to go.

With settings on ultra and at 1080p, you are looking at the below build to hit above 60 FPS consistently. This represents a best-case scenario, and results may vary on your specific setup. By today’s standards, it shouldn’t break the bank and steers away from the prohibitively priced newer high-tier GPUs

As for a viable build that finds a happy medium between the recommended specifications and performance, our $500 build is a good starting point.