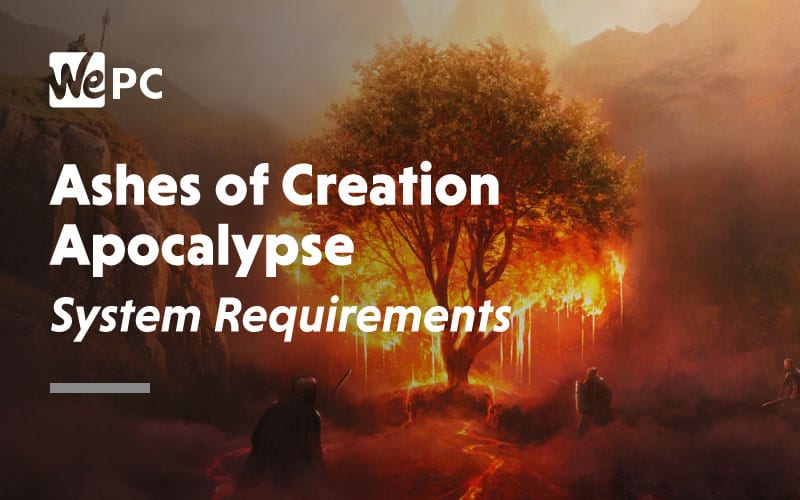 Can I Run Ashes of Creation?

If you’re looking to play Ashes of Creation, then one of the most important tasks you need to do before you purchase the game is to check whether your PC system can actually run the game. It can be incredibly frustrating to get your hands on a game, only to find out that your PC can’t quite run it comfortably. It can ruin what should be a great gaming experience.

If you want to know how to check what your PC specs are, we have a handy guide to help you do it. In the future, we will be releasing a tool that will help you automatically check whether your PC can run a game. When we have more news on this, we will let you know.

Ashes of Creation is an MMORPG in a high fantasy setting with an open new world for players to explore.

It’s a player-driven world that offers gamers a unique experience of building the world around them. However, this means that other players might have different ideas for the world you want to create. This could provoke some interesting gameplay interactions with other players.

Players will be able to build their own buildings, whether it’s a small farm to a huge mansion. You can go further than this though. Recruit allies and engage in sieges or wars over the world you’ve built. You can seize control of places but be sure to defend your own, otherwise, your dynasty might be defeated by other players.

At the moment, Ashes of Creation is still in Beta testing, and there isn’t a solid release date from the developers. They have an open Beta called Ashes of Creation: Apocalypse which allows people to test out the game and find bugs during scheduled play sessions.

Being an MMORPG, it’s hard to say just how well your system will perform using the minimum and recommended requirements – often, slowdowns can be caused by player counts, server issue or connection problems.

However, the minimum requirements should have you hitting at least 30FPS. This will be on the lower end of the graphical settings. If you wish to push the graphics up a bit more, aiming for the recommended requirements or above would be your best bet.

As the game is still in the early stages of Beta testing, it’s difficult to say what the final system requirements will be. We expect them to remain either the same or very similar though. From what we have seen in the beta version, we think you’re best looking at a mid-range PC around the $700 range to play it comfortably.

Whenever new information comes out about the full version of Ashes of Creation, we will let you know. Until then, it might be worth checking out the beta version to give you an idea of what to expect. If you want to know when Ashes of Creation will be released simply click here to find out.