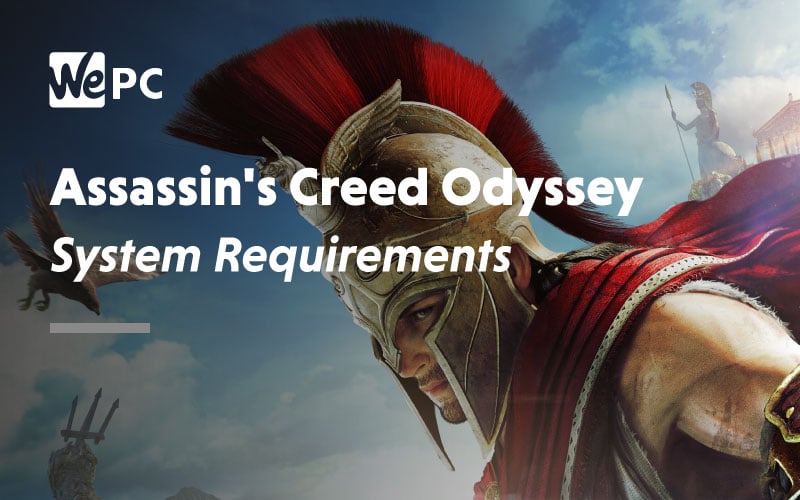 Can I Run Assassin’s Creed Odyssey?

Whether you’re finally delving into the world of Assassin’s Creed or you’re no stranger to the franchise, if you want to play the Odyssey installment on PC, you need to know if you can run it.

First of all, you need to figure out your PC specs. Luckily, we’ve got a simple guide to help you do this if you’re unsure. But stay tuned – we’re currently developing a tool that will help you check whether your PC can run a game. We’ll let you know more when this is soon to be released.

In the meantime, it’s a simple case of comparing your PC specs to the system requirements of this title below. If you find you don’t meet the requirements, perhaps it’s time for an upgrade?

Set in the year 431BC, the storyline is one of historical fiction, set in the Peloponnesian War between Athens and Sparta. You play as a mercenary and descendant of Leonidas I who fights for both sides of the conflict in an attempt to unite their family as well as looking to uncover a cult.

Your character inherits the broken spear of Leonidas I, which has been forged into a blade that grants the player special abilities when in combat scenarios.

Gameplay allows you to unlock new abilities through a skill tree, these include:

The open-world nature of Assassin’s Creed is what makes the graphics requirements so high, but we promise it’s worth it. The vast landscapes found in Odyssey really showcase how spectacular Assassin’s Creed has come to be.

The minimum requirements for this title will likely have you up and running in no time, but not at the settings you’ll want. In order to experience some of the open-world beauty that Assassin’s Creed is now famous for, you’ll want to aim for the recommended requirements.

The recommended requirements should allow the game to run at around 50-60FPS on high settings, although you may have to turn down some of the graphical effects if you encounter frame stutters. If you want to push for ultra settings or boost the resolution, you’ll need to boost your hardware to match.

Based on the system requirements listed above, we recommend the following PC build. This will set you up if you’re looking to play with ultra settings at a resolution above 1080p with a consistent FPS count above 60 FPS.

Although these specifications may seem a little overkill, they will let you keep a consistent frame rate in some of the more densely packed locations. If you can push the boat out with a better graphics card, then you won’t be disappointed. However, for the above build, we would recommend you take a look at PC builds in the $700 range if you have the budget.

A system like this will give you a solid gaming experience and also open the door to play more demanding games without issue.