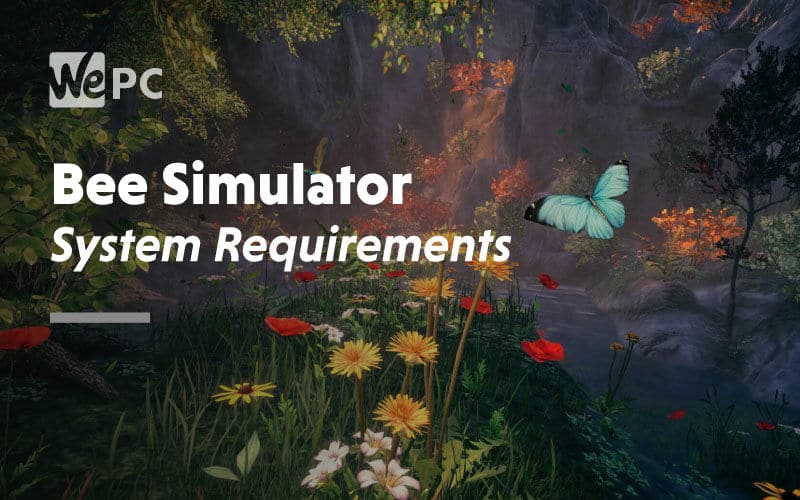 Can I Run Bee Simulator?

Determining whether you can run Bee Simulator depends entirely on the hardware components that make up the gaming rig you’re hoping to use to play, notably the GPU, CPU, and RAM.

To begin, find out precisely what hardware you have. If you need a hand doing this, you can refer to our step-by-step guide right here.

From there, cross-reference the results to the official minimum and recommended system requirements for Bee Simulator, which we’ve conveniently listed below for convenience. We suggest trying to hit the recommended settings if at all possible, to ensure the best performance possible.

We aren’t the biggest fans of how tedious figuring out game compatibility can be, and with that in mind, we are working on a tool to make the process a whole lot more straightforward. Our bespoke utility will scan any given PC automatically and list the components in easy to digest form. It’s still in the works at the moment, but we’ll be sure to post an update once its up and ready for our readers to use.

Bee Simulator is a simulation title developed by Varsav Game Studios. As the name so precisely explains, players are asked to take on the role of a humble bee. As with any game worth its salt, conflict arises as the pesky humans aim to cut down the very tree that houses the hive.

Bee Simulator recreates a loosely inspired semi-open world version of New York’s infamous Central Park to offer players a world brimming with color and microscopic detail usually the reserve of insects. The world is stacked with fully interactive elements ranging from plants and insects to larger humans and animals.

The game features three distinct modes. These include a single-player story mode where you must contend with the threat of humans and collect pollen from the most exotic plants. An exploration mode where you can buzz across the vibrant world making your own fun, and a four-player split-screen mode to share mini-games and the joy of exploration with friends.

There’s also races through the park, skirmishes with wasps or PvP with friends, or even the possibility of a dance-off with other bees. Most of all, the game is about translating the experience of traversing a giant world as a small bee tasked with ensuring the future of the hive.

Despite being a game brimming with life, Bee Simulator remains relatively forgiving on the specification front. The requirements aren’t excessive by modern standards, which opens up the share of machines capable of running the game.

The 10 GB of storage space is also a welcome change from the 100 GB games we see more and more of in recent times. The same can be said for the 4GB of RAM even when it comes to the recommended system requirements.

With the minimum system requirements, you can hope to hit 30 to 40 fps at 720p with the settings on low to medium. It’s possible to up the resolution to 1080p, but you’ll need a graphics card with at least 2 GB of VRAM.

As for the recommended settings, these will net you 60 fps at 1080p with the settings pretty much pushed to their limit. As for 1440p and 4K, you’d be looking at upgrading the GPU to something more powerful than the GeForce GTX 660, possibly a GTX 1060 or 1070.

In order to hit 1080p, we recommend a build with a dedicated GPU. As such, an excellent foundation to play Bee Simulator is our $500 build. It’s affordable, yet surprisingly powerful for the price thanks in part to the ever cost-effective range of products from AMD we’ve managed to join up here.

It’s by no means a high-end build but offers a great entry-level machine for those on a budget.

Thomas is a UK-based writer with an unhealthy obsession for video games kick-started by a transformative play-through of Metal Gear Solid. These days you'll find him beating Sekiro: Shadows Die Twice for the umpteenth time, praising the merits of AA titles like A Plague's Tale: Innocence, or enjoying the soothing whimsical antics of Stardew Valley.