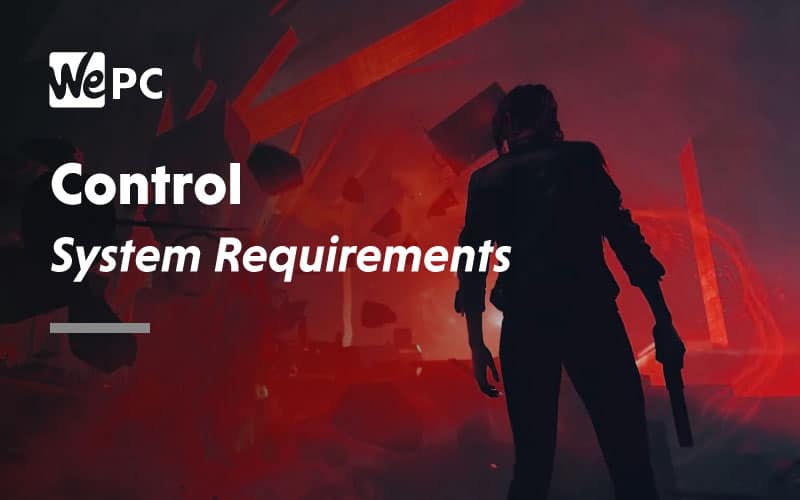 Can I Run Control?

To begin, we first need to know precisely what components are housed inside your gaming rig. If the task appears a bit too daunting, we’ve compiled a step-by-step guide, which you can check out right here.

Moving forward, we aim to make the process simpler for our readers and are in the process of developing a system requirements tool. When it’s up and running, it will automatically scan a PC and list all the specifications. We’ll be sure to publish an update when it’s ready to go.

Control is a third-person action-adventure game where players take on the role of Jesse Faden, the newly appointed director of the Federal Bureau of Control. The FBC is a secretive agency whose role is to unearth, study, and control events and anomalies that defy the laws of reality.

Tasked with infiltrating the agency’s New York base known as the Oldest House, Faden must square up to a nefarious evil known as the Hiss by using esoteric abilities to loosen its corrupting grasp on reality. The Hiss has corrupted FBC agents who appear in both human forms and as mutated aberrations. Jesse’s abilities range from levitation to telekinesis allied to a fully customizable reality-defying gun known as the Service Weapon.

The Oldest House isn’t all that it appears to be with an entire shifting realm within its walls that channels classic Metroidvania environments through its nonlinearity. Exploration and the acquisition of new abilities open the door to even more areas within the Oldest House.

With positive reviews across the board, two expansions in the works, and the coveted accolade as one of the first games to make full use of ray tracing tech, Control is well worth investigating.

For a game released half-way through 2019 and the perceived demands that come with such a contemporary release, Control is anything but unreasonable. The minimum specifications are well within the grasp of most gaming PC owners. In terms of performance, they can hit 30 fps with 720p and settings on low. It goes without saying that you can’t expect to enable ray tracing with this setup.

The recommended requirements up the demands, particularly when it comes to the GPU. Nevertheless, a GTX 1660 or 1060 is more or less considered a mid-market card these days and won’t break the bank. The 16 GB of RAM requirement is pretty high, but nothing a simple, and relatively low cost, upgrade can’t fix.

With one of the non-RTX options, you can expect to hit stable 60 fps with a resolution of 1080p and settings on high to ultra. You could use ray tracing, but you need to drop the settings down to medium and be okay with a maximum of 30 fps. Turning the resolution to 720p should improve things by a dozen fps or so.

With an NVIDIA GeForce RTX 2060, you can hit 60 fps with ray tracing enabled quite comfortably. Drop down the settings to medium to blow past 80 fps.

Control is well-optimized, so the recommended specifications are more than sufficient to get an excellent experience from the game both in terms of fluidity and graphical fidelity. It’s well worth playing the game with ray tracing enabled if you are lucky enough to own an RTX variant.

We recommend our $800 build if you want a push in the right direction. The specifications match up to the recommended requirements, with the only difference being you get a better CPU in the AMD Ryzen 5 3600. You could even supplement the NVIDIA GeForce GTX 1660Ti for an RTX 2060 to get the most out of Control’s ray tracing features.