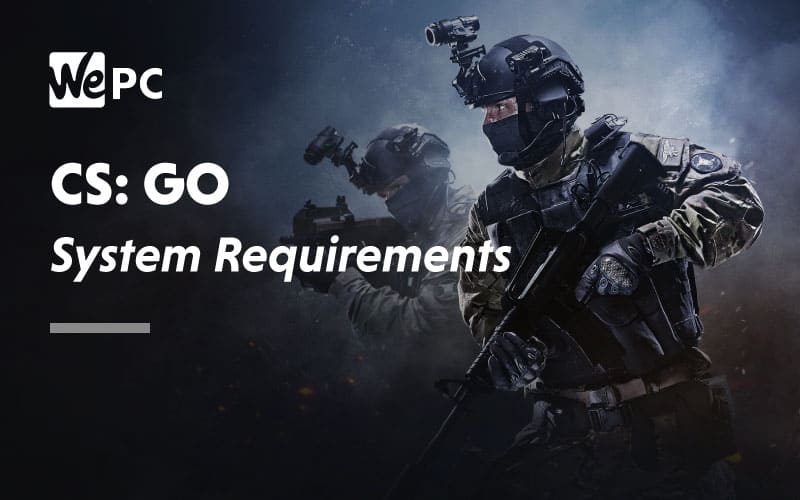 Given that Counter-Strike: Global Offensive released back in 2012, chances are your PC is up to the task of running it with a great deal of success. If not, then you’ll first need to determine what components you have. If you need help doing this, you can check out our simple step-by-step guide right here.

With your specifications in hand, cross-reference them to the minimum and recommended system requirements for Counter-Strike: Global Offensive we’ve listed below for convenience. Ideally, you want to have the recommended specifications.

We feel figuring out whether a PC can run a game is more complicated than it needs to be, and in that spirit, we are working on a utility to take all the hard work out of the equation. It’s still under wraps, but once ready, it will scan any given PC automatically and then provide a list of all the constituent hardware. We’ll be sure to publish an announcement once it’s up and running.

Counter-Strike: Global Offensive needs no introduction, but for the unversed, it is the fourth and latest iteration of the massively popular classic multiplayer first-person shooter Counter-Strike.

As per the classic formula, two teams fight against one another as either terrorists or counter-terrorists in tactical gunfights across a selection of curated maps. The aim is to down opponents while completing objective-based goals such as planting and defusing a bomb, and defending or rescuing hostages.

Predominantly an online matchmaking title, Counter-Strike: Global Offensive has spawned a vibrant community and esports scene that perceivers to this day. While somewhat superseded by the battle royale genre in recent years, it remains a go-to title for any fan of first-person shooters.

At the time of release in 2012, Counter-Strike: Global Offensive wasn’t a demanding title in terms of system requirements, and that carries over to today. The game can run on virtually any machine from the last decade, so even an aging gaming PC should be able to handle it with little to no issues.

Counter-Strike: Global Offensive is one of the few older games that remain popular that you can simply load up and play without having to bother checking whether your PC is up to the task.

If you plan on jumping into Counter-Strike: Global Offensive, then you are in luck when it comes to your wallet. Any budget gaming PC, even those with specifications completely obliterated by beastly high-end builds, are up to the task.

We recommend our $300 build is a good starting point. You can pretty much max out everything in Counter-Strike: Global Offensive and get premier performance at well over 60 FPS. While it may be low priced, it still packs 16 GB of RAM and a cost-effective AMD Ryzen 3 2200G CPU with an integrated Ryzen 5 2400G GPU.