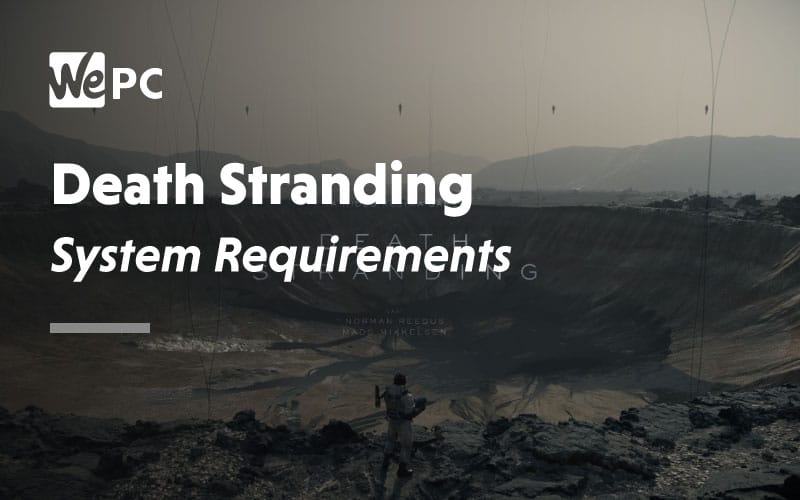 Possibly one of the most anticipated games of 2019, Death Stranding is due to drop on November 8th on PlayStation 4.

However, in a recent announcement, Kojima Productions said that Death Stranding will be making its way to PC early next summer. Unfortunately, there’s no firm release date yet, but we hope it’ll be worth the wait.

Dedicated PC gamers will be pleased to know that they too can experience the world of Hideo Kojima’s mysterious new title. However, as there will be a wait, there will be spoilers to be aware of.

In charge of publishing the PC port will be 505 Games, the same people behind producing the PC version of the game, Control.

Can I Run Death Stranding?

If you’ve got your eyes set on playing Death Stranding on PC, you might be wondering what the PC system requirements are going to look like. Those who want to get ahead of the game and ensure they have a system ready for the summer release will want to carry on reading.

We have a guide on how to check computer specifications for you to take a look at. All you need to do is compare the system requirements below with your own system.

There is good news coming regarding system requirements. We are currently working on a tool that will be able to automatically check whether your PC has the right requirements to run the game. We’ll let you know as soon as it goes live.

Death Stranding is an action game set in an open world. Hideo Kojima describes the new title as “a completely new type of action game”.

The story follows characters living in isolation where the aim is for the player to reconnect isolated cities and a fragmented society.

The storyline and gameplay are designed in a way where everything is bound together by strands or connections.

Playing as Sam Porter Bridges, you will seek to bridge the divides in society, creating new “strands” with other players.

Kojima said: “Through your experience playing the game, I hope you’ll come to understand the true importance of forging connections with others.”

Other than that and the trailers, we really don’t know a whole lot about what the game is actually about. The trailers show some fascinating imagery and promise a storyline unlike others we may have seen.

With big-name voice actors such as Norman Reedus and Mads Mikkelsen, there has been a huge amount of buzz surrounding this game. We can’t wait to see what’s in store.

As there are no official system requirements for Death Stranding we can’t yet make any informed opinions on what kind of hardware suggestions to offer to get the most of the game.

Based on some of the predicted requirements, screenshots and cinematic trailers we know that this title will have medium to high system requirements. We’ll likely know more the closer we get to release – we’ll keep you updated as we find out more.

As with most games, we expect that the minimum system requirements should run the game at least 30 FPS at around 720p, usually on low to medium settings. We hope for a game of this caliber that the recommended requirements should bring us up to 60 FPS on medium to high.

Based on the predicted requirements and a bit of speculation on our part, we think you will be safe with the following PC build if you are hoping for ultra settings – with a solid resolution above 1080p with a consistent FPS count above 60 FPS.

If you’re looking to build a PC in time to play this title, a budget of around $800 should be a good starting point. Choosing a build from this page will meet at least the recommended requirements with ample room to reach for more.