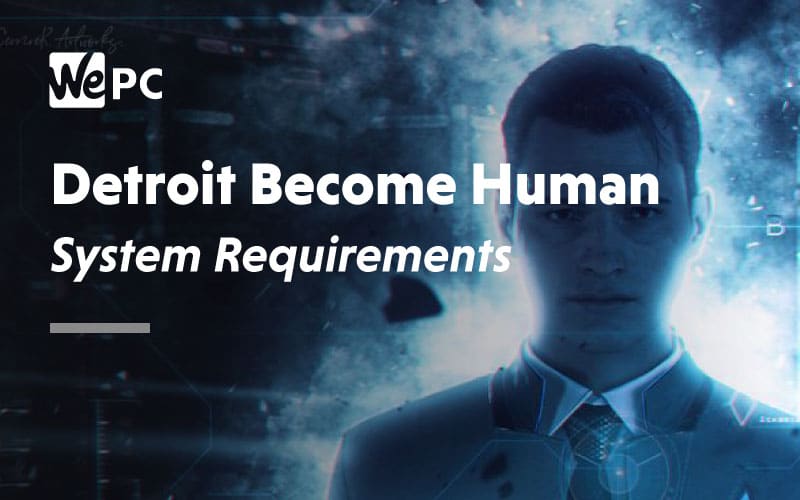 Can I Run Detroit: Become Human?

If you are looking to finally play Detroit: Become Human on PC when it’s released, you’ll need to know whether you can run the game. Without a firm release date and only minimal information out there, we’ll share what we know for now.

To find out your PC specs and whether you can play this title, we have a guide for you to take a look at. This will, however, get easier in the future. We’re developing a tool that will automatically check whether your PC can run the game you want. We will let you know as soon as it goes live.

Detroit: Become Human is a single-player adventure game based on Quantic Dream’s 2012 technology demonstration, Kara. Written by David Cage, the game is set in a world where androids are the servants of humans. Some androids who become disobedient and achieve full autonomy are labeled Deviants and are hunted down by law enforcement.

The story begins with caretaker android Markus returning home with his owner after a suspected burglary. While confronting the suspected burglar, Markus manages to break through his programming and becomes a deviant android. The police shoot him on arrival and he wakes up in a landfill of other broken androids, managing to escape but also learning of a safe haven called Jericho.

The story also follows Kara, a housekeeper android who breaks through her programming to save a young girl from her father’s violence. They go on the run together with the intention to escape to Canada.

On the other side of the story, there’s police investigator android Connor, who is sent to investigate the outbreak of deviants with his partner Hank. They hunt down androids but Connor starts to deviate himself, battling between his programming and his autonomy.

The players get to make a series of choices throughout the game which influences the next series of events. That means the game is highly replayable if you intend to see the numerous threads and different endings.

If you’re only looking to play this title on the minimum specs, then they’re pretty reasonable and won’t require a particularly powerful machine. However, if you’re serious about playing a game like this, you’ll need to get hold of a beefier PC if you want to surpass the PS4 quality that other players have so far experienced.

The recommended requirements are what we’d aim for but they are a bit more demanding. These requirements are quite beefy considering the game’s graphics, we assume this will allow players to play in 4k resolution.

As of yet, there are some specs we’re not sure on yet, such as the hard drive space needed, we’d imagine this would be 40GB upwards considering the size of most releases these days. As soon as we know more, we will update these requirements.

Based on the requirements currently available, we recommend the following PC build if you are hoping for ultra settings at a resolution above 1080p with a consistent FPS count above 60 FPS.

If you’re in the market for a brand new PC build, a mid-range budget of around $700 will be more than enough to play Detroit: Become Human well enough. Though, of course, if you really want to push the boat out, a bigger budget will lend itself to a better 4k experience.