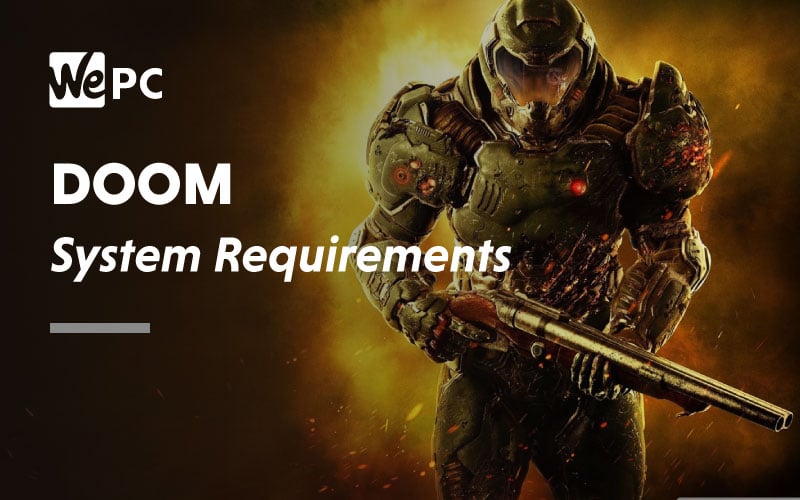 To know whether your PC can run Doom, you’ll initially need to know what components you have, playing close attention to the CPU, GPU, and RAM as these have the biggest impact on performance. Should you be unsure how to go about doing this, fret not as we’ve compiled an easy to follow, step-by-step guide, which you can find right here.

With your PC specifications in hand, simply compare them to the minimum and recommended requirements for Doom that we’ve listed further down. While the minimum will get the game running, the golden rule is to always aim for the recommended requirements, if at all possible. The logic is that if you exceed them, you’re less likely to encounter problems running the game.

Doom is a reboot of the classic first-person franchise that spawned the genre over two decades ago. Players play as a space marine tasked with waging war against a horde of demonic enemies pulled straight out of hell who have taken over planet Mars.

Brutally violent, Doom is a challenging modern classic with fast-paced combat movement, high-powered weaponry, open-ended level design, and a cast of gory enemies to mow down. It brings everything the franchise used to make it a cult classic but invigorates it with modern visuals, controls, melee combat, and performance for a formula that should please any FPS aficionados.

Doom developer id Software has thrown in a gripping single-player campaign, arena-style multiplayer combat in a slew of new modes, and a new level editor called Doom SnapMap for players to conjure up their own maps for others to sample and enjoy.

Doom was released nearly four years ago, and as such, the requirement demands are all that excessive for what is one visually stunning game packed with action sequences and explosive gunfights.

The 8GB RAM needs are a little high, but nothing too outlandish, while the GPU is fairly reasonable. It’s the CPU that ups the stakes somewhat, but nothing a system purchased or built in the last few years can’t handle.

The minimum requirements will net you a solid 30 FPS at 720p with the settings on low to medium depending on your particular setup. id Software has done an excellent job of optimizing the game, and as such, you can get reliable performance for the rather reasonable minimum requirements.

As for the recommended requirements, you are looking at upping the resolution to 1080p with the settings on ultra for 60 FPS or more.

Your best bet is our $500 build. Although you don’t need to build that specific machine, it provides a solid foundation for what you should aim for to run Doom without any performance issues. As always, we’ve tried to find the most cost-effective permutation, hence why we’ve used an AMD Ryzen 5 2600 CPU, Radeon RX 570 RS, and a generous 16 GB of RAM.