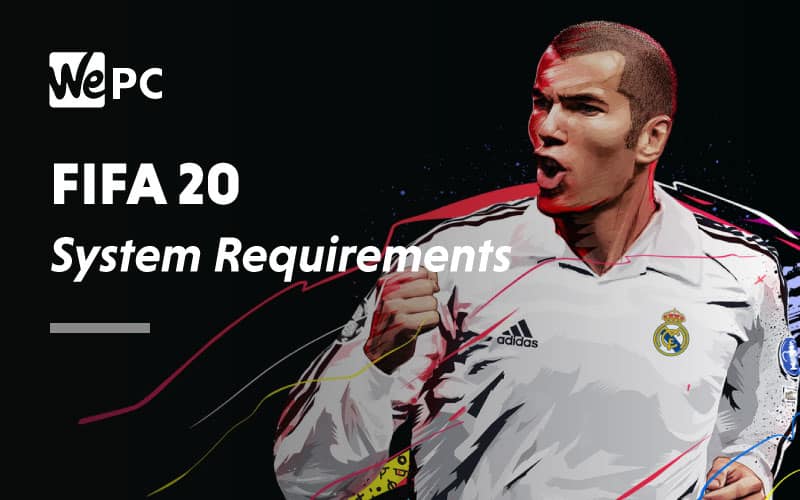 If you are looking to play the latest title in the FIFA franchise you’ll be glad to hear that not a lot has changed in the graphics department since the last one. If you could run FIFA 19 well, odds are you’ll be set to run FIFA 20 as well. That’s not to say you shouldn’t check though. After all, it’s one of the worst feelings when you purchase a title but can’t run it.

If you’re looking for your system specifications and can’t find them, take a look at our quick guide. Once you have these specifications, you can get an idea of whether your system will be able to run FIFA 20 by comparing it to the minimum requirements.

As with its predecessors, FIFA 20 focuses on gameplay improvements rather than innovation – that’s not to say nothing has changed though! An all-new VOLTA football mode is playable, focusing on the action and stories found in street football. This isn’t simply a clone of the old FIFA Street games either, there are options to play 3v3, 4v4, and 5v5 matches in a variety of pitches throughout 17 locations in the world.

Ultimate Team is yet again the focal point of the latest FIFA title, with 88 icon players featuring new cards for legends such as John Barnes, Kenny Daglish, and Ian Rush.

Two new game modes are also included. King of the Hill sees players fighting for possession in a random zone on the pitch. Mystery Ball, on the other hand, gives attacking players a random attribute boost in either passing, dribbling, shooting or speed to give matches an even greater sense of randomness.

Career mode takes a bit of a backfoot in this edition of FIFA however. You still get an up-to-date roster of teams and players (although Juventus, Boca Juniors, and River Plate licenses have been snapped up for the PES games), as well as some visual updates when creating your manager for the first time.

Players’ morale now plays an even larger impact with each player having an interactive part in pre-match interviews, press conferences, and private chats.

When it comes down to sports titles, the framerate is king. While the minimum specifications should allow you to run this title on its lowest settings, you’ll likely achieve nowhere near 60FPS. We’d recommend aiming for the recommended settings at least when it comes to FIFA 20 – with these, you should be able to average out at around 60FPS running at 1080p resolution.

If you have the option to upgrade further, this would be even better. When it comes down to titles like these, frame drops can completely ruin the experience and immersion.

Following on from the recommended requirements, we would recommend something along the lines of the following PC build. This should have you running FIFA 20 at 60FPS with power to spare.

Although you can run this title pretty well on systems with lower specifications, we’d only recommend this if FIFA 20 was going to be the main title you play. The above specification will have you running a wide variety of releases and probably FIFA 21 in the future as well.