Can I Run Fortnite?

To understand whether your gaming PC can run Fortnite, please check the minimum and required system requirements below. You will also need to know what specifications your gaming computer has, to find this, please refer to our system spec guide here.

If you want to purchase a copy of Fortnite, or pick yourself up some of the many custom packs and DLC available, check out Eneba for the best prices on this game and many others.

Fortnite has quickly gained momentum to become the most popular battle royal style game, in just two years it has grown to more than 250 million users worldwide and across multiple platforms including PC, Xbox, Playstation, iOS, and Android. As a free-to-play game, it is available for anyone to download and currently generates money through in-game purchases such as battle passes. The game takes the building element of Minecraft with the FPS of Left 4 Dead to create a truly unique game where you can create ramps, walls, and platforms in an effort to out-maneuver your opponents.

Similarly to Player’s Unknown Battlegrounds a.k.a PUBG you are dropped into a map with 99 other players to battle it out. However, unlike PUBG, winning doesn’t just come down to who has the best accuracy, building mechanics are a strategy in their own right.

The below are the system requirements of Fortnite for laptop users, which lay out the best APU setups with integrated graphics or laptop versions of dedicated CPUs and GPUs to run Fortnite on in each instance.

Fortnite system requirements are quite basic. Utilizing the unreal engine as well as choosing to use more ‘animated’ graphics than that of its competitors helps keep the barriers to entry quite low. To run Fortnite smoothly, you will need Windows 7 64-bit or higher, and the CPU should be at least an Intel Core i3 processor with 4GB RAM or an AMD equivalent being a Ryzen 1st generation CPU or a Ryzen APU. On the GPU front, a simple integrated GPU would suffice such as Intel HD 4000 or Vega 8 or 11 graphics. Otherwise, a GPU which has at least 2GB VRAM, so GPUs such as the RX570 or 1050TI are more than capable of running Fortnite, however, you would need to lower the video settings in-game.

If you are looking to build or upgrade your gaming PC to run Fortnite, we recommend the following specifications:

Honestly, Ryzen’s APUs are fantastic for budget gaming, but of course, as a budget build, they will limit you. You can check out our $400 build as well for a budget build to play Fortnite on the lowest settings.

If you have a little more money to spend, then we would definitely recommend checking out our custom built gaming PC for Fortnite specifically.

Can I run Fortnite on 4GB RAM?

The minimum RAM requirements needed for Fortnite is 4 GB. As a result, if the PC or laptop only has 4 GB, you will be able to run Fortnite. As this is the minimum requirement, you may find that the game play will not be completely seamless. But, on the whole it will not overly affect your gameplay.

It is worth noting that the recommended amount of RAM for Fortnite is 8 GB. Given this, if you want to have the best possible performance, you may want to consider upgrading your RAM.

Can I run Fortnite on i3?

Yes, it is possible to run Fortnite using an Intel Core i3 processor. When it comes to the system requirements, it is stated that a Core i3-3225 with 3.3 GHz speeds is the minimum needed.

Given this, you will not need to worry about updating your processor. While this may be the minimum requirement, and there will likely be better processors that can be used, you do not need to upgrade your CPU.

The recommended system requirements are Core i5-7300U at 3.5 GHz speeds. When comparing both processors, there is a significant jump in how well the i5 runs in comparison to the i3. Your gameplay will be significantly better with the i5.

However, as Fortnite can still run using the i3 processor, this is not a huge issue. This is especially true if you are just playing for fun, rather than competitively. 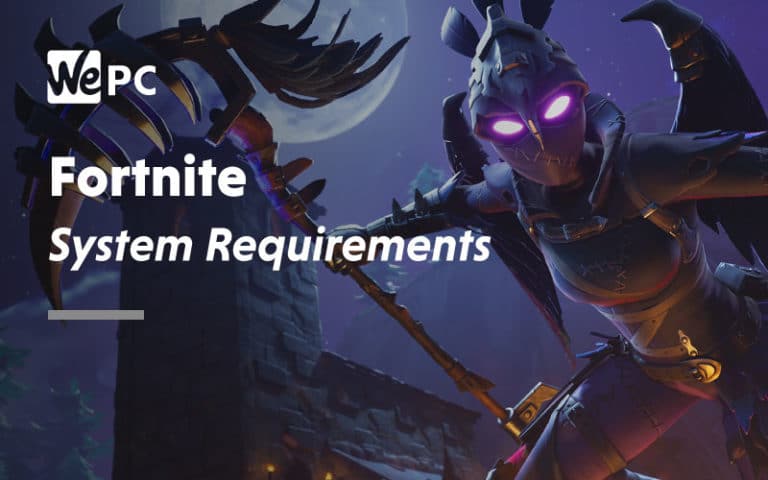