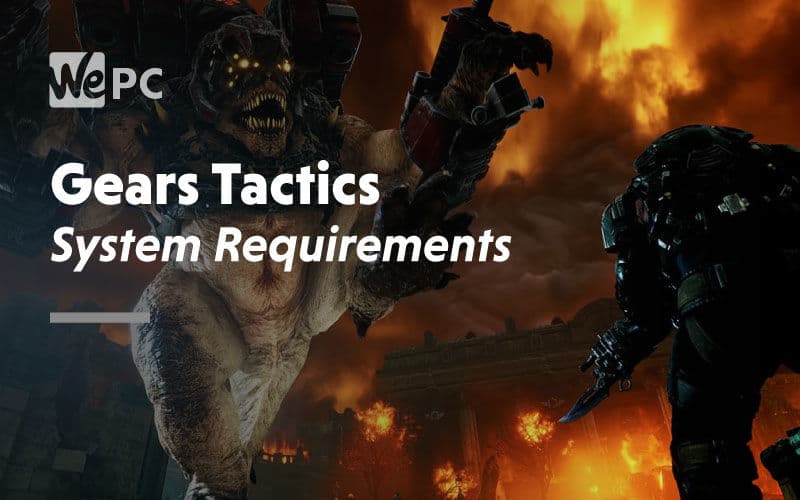 Can I Run Gears Tactics?

The first step to determine whether you can run Gears Tactics is figuring out what components make up your gaming PC. Pay particular attention to the CPU, GPU, and RAM as these tend to dictate what kind of performance you can expect. If you’re not sure how to go about this, you can refer to our helpful step-by-step guide right here.

Armed with your PC’s specifications, compare them to the minimum and recommended system requirements for Gears Tactics. You can find these below. The recommended requirements are what you should always aim to match to avoid any issues. If your PC falls short, a few choice targeted hardware upgrades are worth considering.

We’re not fans of how tedious it can be to determine system compatibility with games. In that spirit, we plan on publishing a bespoke tool designed to automatically scan any given PC for its full specifications. The idea is to take the tedium out of the task for our readers. It’s still under wraps, but we’ll be sure to push out an update once it’s ready to be released into the wild.

Developed by The Coalition and Splash Damage, Gears Tactics is a spin-off turn-based strategy game pulled straight from the world of Gears of War. While retaining the veneer that has defined Gears entries, Gears Tactics asks players to take on the task of commanding a squad in frenetic turn-based battles against the Locust Horde and colossal bosses.

Charting a story-driven campaign, Gears Tactics follows the trials and tribulations of a soldier named Gabe Diaz as he vies to take on a rising threat from the Locust Horde who’ve laid waste to countless cities on the planet Sera. Allied to a ramshackle band of survivors, he must fight for survival while working to topple Ukkon, the mastermind behind the Locust Horde’s relentless advance.

Much of the gameplay revolves around recruiting and commanding your squad while customizing characters and equipment, as well as upgrading skills and finding ever more useful loot along the way.

As Gears Tactics has yet to be released and The Coalition hasn’t published official system requirements, the above specifications remain within the realm of informed speculation rather than a definitive take. As such, take them as a guiding hand rather than conclusive.

Based on trailers and screenshots, we predict Gears Tactics’ system requirements to fall somewhere between medium and high.

Gears games are historically polished, well-optimized products, and we expect Gears Tactics to follow suit in that respect. This means the game should be reasonably kind to systems that meet or exceed the minimum requirements.

Jumping to the recommended system requirements, the demands are naturally higher, notably in the RAM department, where 16 GB is expected alongside a GeForce GTX 1080 GPU and Core i7 CPU. With these, you’ll net 60 FPS and above running the game at 1080p with the settings on high to ultra. We even wager that the recommended requirements might push 1440p with an FPS count nearing 60.

As for 4K, we traipse into NVIDIA GeForce RTX territory and the higher tier Core i7s and even i9s.

Without official confirmation from The Coalition as to Gears Tactics’ system needs, we prefer to err on the side of caution and recommend our $1500 build. We won’t beat around the bush, it’s a high-end build, but one that should put you in good stead not only for Gears Tactics but the overwhelming majority of games on the market today and in the years to come.

The build includes an AMD Ryzen 5 3600 CPU, GeForce RTX 2080 Super with 8 GB of VRAM, 16 GB DDR4 3600 MHz RAM, and a roomy 1 TB SSD. While the $1500 price tag can be prohibitive, it is reasonable for the quality of the components and the performance they offer. You can alternatively opt for an Intel CPU instead, but the price will invariably rise higher.

With this build, you can expect to play Gears Tactics at 1080p, or 1440p with 60 FPS or higher with the settings maxed out.