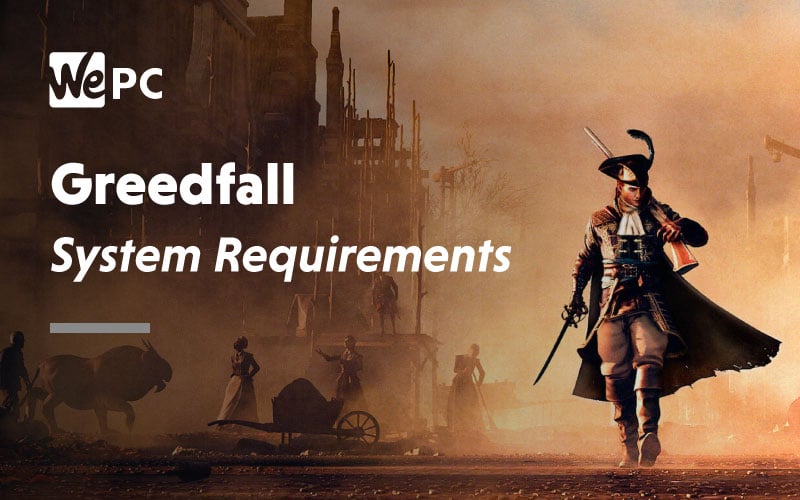 Can I Run Greedfall?

If you want to embark on Greedfall’s roleplaying adventure, one important thing you need to consider is whether you can run the game. If you are unsure about this, you’ve come to the right place!

Figuring out your PC specs is simple enough, but we have a guide for you to refer to if you need some help. This is only for the meantime though, we currently have a special tool in development which will enable you to automatically check whether you have sufficient PC specs to play specific games.

If you find that your PC isn’t likely to match the requirements, perhaps it’s time for an upgrade. For now, though, we’ll be showing you the minimum and recommended system requirements so you can see whether your PC will be up to running it.

Greedfall is an action role-playing game that is set in a 17th century-style, colonial fantasy world of magic, mysterious creatures, secrets, quests and more.

It becomes clear that this is no ordinary island. De Sardet becomes allies with native islanders who appear to have a supernatural bond to the earth. This grants them mystical abilities. De Sardet believes this is key to curing the plague.

De Sardet’s cousin Prince Constantin d’Orsay is kidnapped by the natives and becomes sick. Using the power of the island, he is cured but this has dangerous consequences.

Greedfall isn’t the type of game that requires a lot of advanced hardware to run. It will run fine under a mid-range build. However, you can also run it on a fairly low-end system if you have to.

You’ll find the minimum specifications should be enough to run this game at around 30-50 FPS on medium to high settings. While Greedfall isn’t the most demanding of games, you’ll still want to aim for a high frame rate.

Meeting the recommended requirements should easily give you 50-60 FPS on higher settings depending on the amount of action going on. If you are struggling to hit the higher numbers, lowering the graphical settings or even the game resolution down to 720p will help massively.

Of course, like any game, we would always say that the better the system you can get hold of, the better your gameplay experience will be. Upgrading to a better system, from the $700 range and upwards will enable you to play more games with more demanding system requirements.