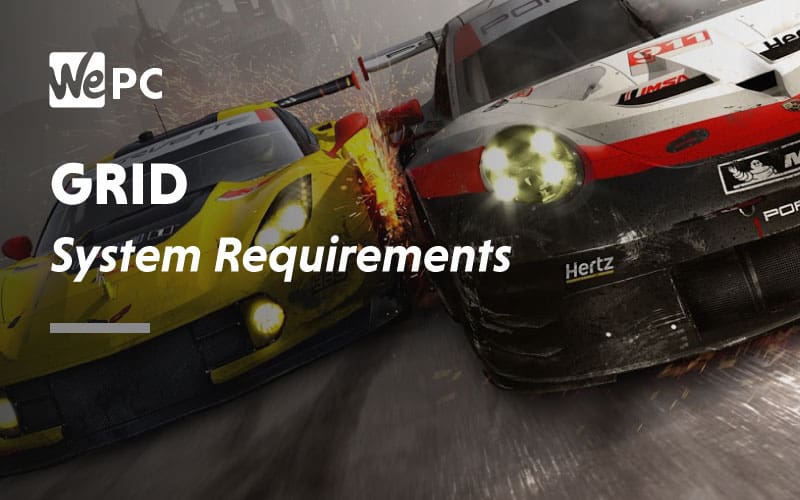 Can I Run GRID?

If you’re looking forward to playing the recently released GRID, you’ll want to make sure your system can handle it before you make your purchase. Racing games can be tricky when it comes down to system requirements, with needs varying depending on the number of cars running and even on the in-game weather conditions. If your system slows down at the wrong moment, your whole race can be ruined.

Take a look at the following page and you can use this information to compare against the minimum and recommended specifications listed below. We know this is a bit of a clunky process at the moment, that’s why we are working on our own tool to make this as fast and easy as possible! We’ll keep you updated as we make progress.

GRID allows players to race in a wide variety of series, and in an even wider variety of cars. Players can choose from legendary cars such as the Le Mans favorite, the Porsche 917, American muscle cars such as the Ford Mustang GT4, and even Japanese tuning cars including the Nissan Skyline and Nissan 350Z.

GRID puts a lot of its focus on the story mode. Players who aren’t careful on track can quickly start to form rivalries with other racers. If you aren’t careful, your aggressive overtakes can quickly lead to race-ending grudges.

Two times Formula 1 World Champion, Fernando Alonso, also lent his race-craft knowledge to the game and players can take up the challenge of trying to match him on track.

GRID has 12 tracks and eight circuits that players can race around. There are also variations of these tracks such as reversed circuits that bring the total amount of routes up to around 92. Locations such as China, Australia, Japan, Spain, and the United Kingdom showcase a wide variety of tracks and locations for races.

This game also requires 100GB of disk space to install, this seems to be a growing trend in releases lately which may mean you need an extra hard drive.

When looking at the recommended settings, there is a bit of a jump, especially when it comes to the graphics card. We assume these settings would allow the game to run at a consistent 60FPS on high settings.

Given the care and attention to detail that GRID provides when it comes to its wide variety of circuits, we would recommend at least hitting the recommended specifications for this title. If you can go a little bit further with your system, you’ll be able to reap the rewards when looking at graphics and gameplay fluidity.

The below components would make a great start if you are looking to upgrade your system to run GRID.

If you don’t want to go through the fuss of building a new system, pre-builds have come a long way in the last couple of years. If you want a good base to start on, take a look at some of the systems we’ve picked out for around an $800 budget. These will make for a great platform to start gaming on and will offer plenty of room for future upgrades.