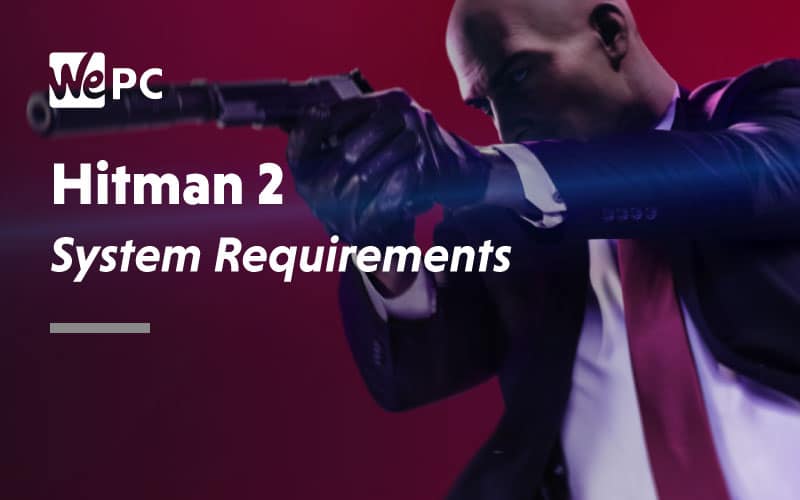 To figure out whether you can run Hitman 2, you’ll first need to know what components make up your gaming PC. If you need a hand doing this, you can refer to our step-by-step guide right here.

From there, simply cross-reference your specifications with the minimum and recommended system requirements for Hitman 2, which we’ve listed below for convenience. Although the minimum will get the game running in a decent state, we would suggest aiming for the recommended requirements or higher to be on the safe side.

We’re currently putting the finishing touches on a bespoke utility designed to take the hassle out of checking system requirements. When ready, it will scan any given PC and then provide an exhaustive list of all the components. We’ll let our readers know with an update once it’s ready to go.

Hitman 2 is the most recent entry in the famed Hitman series. Reprising the role of Agent 47, the bald laconic assassin, players must find increasingly complex and creative ways to down select high-profile targets using the environment, gadgets, objects, weapons, and mechanics. From donning different outfits to fool NPCs to hurtling briefcases at prying onlookers, the game offers a surprising level of detail in what is a simple premise.

While creativity isn’t necessarily something we’d naturally associate with assassination, Hitman 2 is all about gifting the player a breadth of options to play the game as they see fit. The game is brimming with carefully crafted sandbox locations as far-reaching as the slums of Mumbai and a race track in Miami, for players to execute their assassinations meticulously.

For the first time, Hitman 2 includes the Sniper Assassin co-operative mode alongside eight different chapters in unique locales and two DLC expansions. With level design and replayability most games would only dream of attaining, Hitman 2 takes what the series already does and polishes it into a compelling package that should please any fan of the stealth action genre.

In a general sense, the minimum system requirements should offer a stable 30 FPS at 1080p with the settings toned down low, but we found that they often fall short of that standard, so it’s more realistic to expect that kind of performance with the resolution dropped down to 720p. You are better off with a least an NVIDIA GeForce GTX 970, which can up the frame count to 60 FPS at 1080p with the settings on medium.

The recommended requirements are more realistic and afford the player 60 FPS at 1440p with the settings on ultra. Then again, this isn’t too surprising given the need for either an NVIDIA GeForce GTX 1070 or AMD Radeon RX Vega 56. You can, of course, tone down the resolution to 1080p to up the frame rate or toy with the settings, which we’ll note are limited to ten options and sadly don’t feature global controls.

As for 4K, we’re talking top of the line NVIDIA GeForce RTX 2070/2080 grade GPUs, and these only just creep past 60 FPS. We’ll also note that the Core i7 requirement is a little on the high side, and a high-end Core i5 will virtual cap out any existing GPUs with Hitman 2.