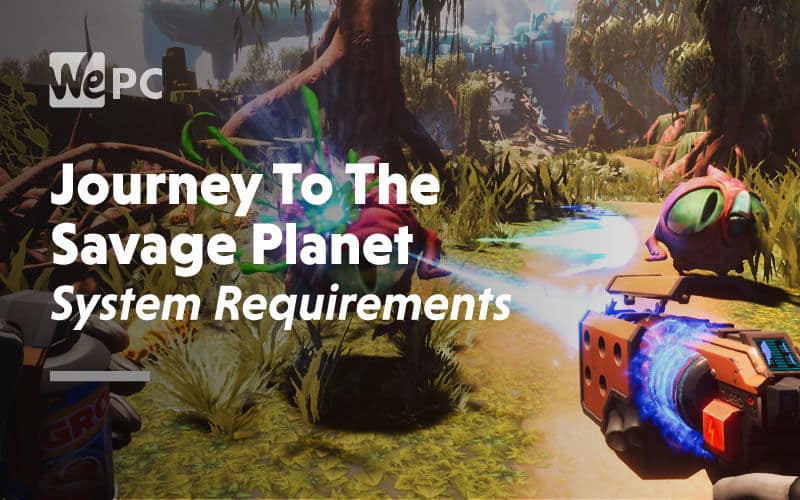 Can I Run Journey to The Savage Planet?

As a first step to figuring out whether you can play Journey to The Savage Planet on your gaming rig, you need to know what components you have with a notable emphasis on the CPU, GPU, and RAM. These widely determine if and how well the game will run.

If you need help doing this, you can consult our easy to follow, step-by-step guide right here.

From there, simply compare your findings to the minimum and recommended specifications for Journey to The Savage Planet we’ve compiled below to check whether your gaming rig is up to the task. As a general rule, we suggest aiming to meet or surpass the requirements to avoid any performance issues. If your hardware falls short, then you’ll need to consider an upgrade.

To make the process easier and take some of the tedium out of the whole task of checking system requirements, we are developing a tool designed to automatically scan your machine, then list a detailed breakdown of all the components. It’s still cooking away in the great WePC forge at the moment, but rest assured we’ll be sure to publish an update once it’s fit for purpose and ready for our readers to use.

Journey to the Savage Planet is an upcoming first-person action-adventure from developer Typhoon Studios and publisher 505 Games.

Players are asked to take on the role of a newly appointed recruit for Kindred Aerospace, the 4th best interstellar exploration company. Tasked with scouting an alien world known as Planet AR-Y 26 nestled in a far corner of the universe to determine whether it is fit for human habitation, the player has very few tools at their disposal and only a vague set of instructions to explore an uncharted planet that may not be as untouched as first presumed. The main aim of the game is to pull the curtain open on the mysteries of the planet.

The gameplay loop centers on exploration, combat, and cataloging the rich flora and fauna found across four biomes on the titular savage planet. There are over thirty unique creatures with distinctive behaviors and threat levels to find while completing a variety of quests alongside uncovering the planet’s secrets and finding collectibles.

While the initial selection of tools leaves much to be desired, the player can upgrade these thanks to a 3D printer to conjure up equipment ranging from laser pistols to rocket packs and everything in between. All these will make traversing the planet that much easier.

While the game can be completed solo, Journey to the Savage Planet is also designed for co-op online play.

The entry point to Journey to the Strange planet is relatively forgiving with minimum system requirements that are low to middling by today’s standards. We are talking about a game that isn’t going to push a top of the line gaming rig to its limits.

With the minimum requirements, you can expect to net a more than reliable 30 fps using a 720p resolution with the settings on low to medium. Different permutations of the in-game graphical settings may prove more beneficial to your particular set up, so we highly recommend experimenting with these to find something that works for you.

Somewhat unusually, developer Typhoon Studios has opted not to publish recommended system requirements. Whether this means they are confident the game’s optimization is suited to low specification builds, or this is simply an oversight, is unclear.

Either way, we’ve included our take on what you should aim for if are hoping to hit higher frame rates above 60 fps at 1080p.

As for a system we can recommend for Journey to the Savage Planet, our $600 build offers a good foundation. Featuring choice AMD components instead of the comparatively pricier Intel and NVIDIA counterparts, we’ve succeeded in keeping the cost down without sacrificing performance.

The build features an AMD Ryzen 5 2600 CPU, Radeon RX 580 GPU, 16 GB of 3200 MHz RAM, and 480 GB SSD. As you can see, the specifications surpass those of the minimum requirements and firmly traipse into territory that will push Journey to the Savage Planet to the limits of its capabilities quite comfortably.