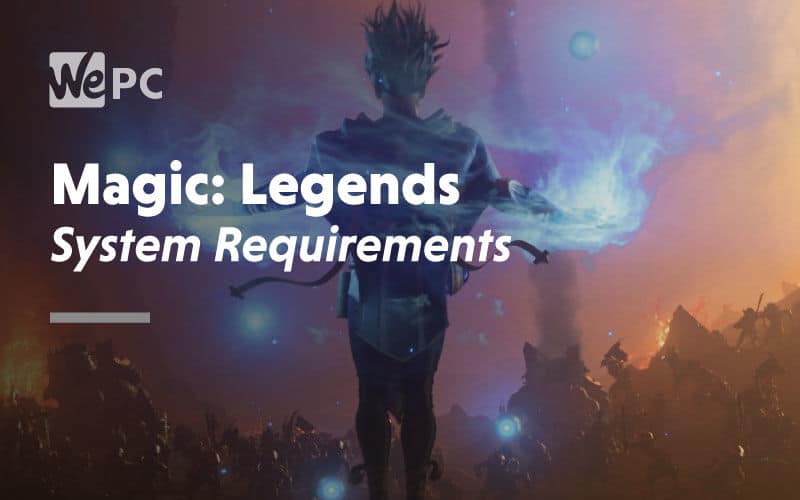 Can I Run Magic: Legends?

If you’re excited about the news of an all-new Magic The Gathering title, you’ll no doubt want to know if your current system can run it. To do this, you’ll first need to know just how demanding the new title is. This is a little difficult with so little information out there at the moment, but we’ve given it our best shot so you can start to make preparations early.

If you are struggling to find your system specifications, we’ve written a short guide on how to find them. Once you have these, you can simply compare them to the minimum and recommended system requirements found below. These are just predicted requirements for now, but are similar to what you’ll find in other popular MMOs – we’ll be sure to keep these updated.

We know that this is quite a clunky process at the moment, that’s why we are working hard to develop a new tool that will make this a lot easier. It will make finding PC specifications and comparing them to system requirements automatic and easy. We’ll be sure to update you as soon as we have firm news of a release date.

Originally rumored back in 2017 when Cryptic Studios announced they were working on an action MMORPG set in the Magic The Gathering universe, we finally had an official announcement last weekend for Magic: Legends.

Aside from the pretty cinematic trailer, we haven’t been shown any gameplay footage for this new title yet. Players can sign up for the beta on the official website as well as following the official social media channels for any updates.

The official Twitter channel teased that your role in this game will be “to save the multiverse from its greatest threat yet”. You’ll be able to choose from five different classes while playing, as well as being able to switch between them at will.

There was some additional information leaked on the Discord board (now deleted) which led users to believe that there will be a randomized mechanic that will allow you to cast spells, which could mirror how this is portrayed in the traditional card playing game. We’ll have to wait and see for more news concerning this though.

As we don’t have any information on this title so far aside from a cinematic trailer, it’s very difficult to estimate the type of hardware you’ll need to run it. To play it safe, we’ve gone with similar specifications from other MMOs currently available, we’ll make sure to update these predictions once we see some firm gameplay though!

With this title being an MMO, you’ll want to make sure you have a constant, fast broadband connection when playing – anything sub-par will likely cause your experience to be filled with stuttering and sadness.

Going off similar MMO requirements, it’s a good bet to go with a system that is already proven to handle some of the larger titles out there. If you have a system that can run World of Warcraft, The Elder Scrolls Online or Black Desert Online on the higher end of the graphics scale, you should be in good stead here.

If not, here’s a quick look at some of the key components you’ll want to build towards in your new system.

If you are starting from scratch, one of our handy build guides will make for some great reading. To play Magic: Legends, a build of around $700 should be perfectly capable of handling this title at 60 FPS. You’ll also have lots of room to upgrade in the future if you want to test out some games with higher demands.