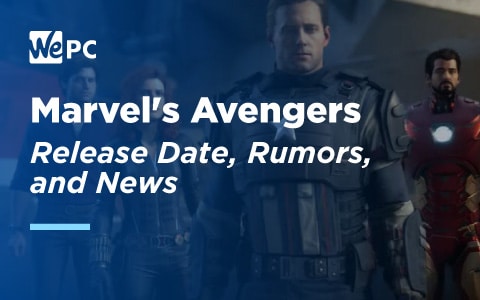 Can I Run Marvel’s Avengers?

To determine whether your gaming rig is up to the task of running Marvel’s Avengers, you’ll need to know what components you have. If you need help doing this, you can check out our step-by-step guide right here.

Armed with your specifications, you now need to compare them to the minimum and recommended system requirements for Marvel’s Avengers. You can find these listed below for convenience. As a golden rule, we suggest trying to hit the recommended requirements if possible or consider a choice upgrade of select components to reach them.

In an effort to make the whole process less of a bore, we are currently developing a tool to do the heavy lifting for our readers. It will analyze any given PC and list its constituent parts for easy reference. We’ll be sure to publish an update once it’s ready.

As the name suggests, Marvel’s Avengers is the video game take on the massive Marvel’s franchise.

Players take on the role of an Avenger of their choice, including Captain America, Iron Man, Hulk, Black Widow, Thor, and more, in a single-player campaign. In tandem, players can jump in as squads of up to four players in online co-op play.

Familiar villains from the series, including Taskmaster and Abomination, make an appearance too. Superhero powers will be accessible through a skill tree system with unlockable abilities and outfits.

The story takes place after a terrorist attack curtails the opening of a new Avengers HQ in San Francisco. The attack leaves the city devastated, and the Avengers are labeled as scapegoats. Jump forward to five years later, and San Francisco is controlled by a group of villains known as AIM. As unwanted outlaws, the Avengers must regroup to tackle a new evil.

We need to preface this by highlighting that the above system requirements are predictions and not the official recommendations from Square Enix. As such, take these as informed ballpark estimates and manage expectations accordingly, until we get an official confirmation from the publisher.

As for the recommended settings, these will net you 60 FPS at 1080p with the settings on high to ultra. Note the 16 GB of RAM and Core i7 requirements, which aren’t negligible even by today’s standards, but nothing mid-level builds won’t have.

We imagine 1440p/4K performance will necessitate an NVIDIA RTX 2060 GPU at the very least.

To play Marvel’s Avengers, we recommend our $700 build. It matches the recommended requirements and would put you in could stead for many other contemporary games. The build features an AMD Ryzen 5 2700X CPU, GeForce GTX 1660 Super GPU, and 16 GB of RAM.