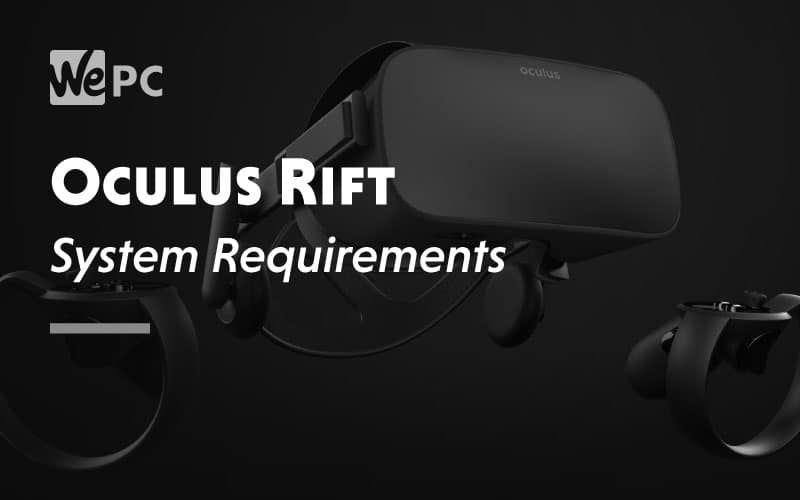 Can I Run Oculus Rift?

Whether your gaming PC is capable of running an Oculus Rift headset is wholly dependent on its specifications, in particular, the CPU, GPU, and RAM. As a first step, you’ll need to determine what these are. If you need help with this step, you can refer to our guide here.

From there, cross-reference your PC specifications with the minimum and recommended requirements for the Oculus Rift that we’ve added in below for easy access. If you meet the requirements, the Oculus Rift should work fine. Otherwise, you may need to opt for a few choice upgrades to get your machine up to scratch.

Checking whether your PC can run a particular piece of hardware is tedious at the best of times, so to make the process a whole lot more palatable for our readers, we’re working on a tool that will do the hard work for you.

It’s still in development, but one it’s ready, it will automatically scan your PC and list the components making the cross-referencing step a lot faster. We’ll be sure to announce once it’s available for use.

Developed by Oculus VR, the Oculus Rift is a virtual reality headset designed to be compatible with Windows, macOS, and Linux. Initially developed via a successful Kickstarter campaign, the headset line has since been bought out by none other than tech giant Facebook.

The current market version hit shelves in 2016, although Oculus VR has pushed out successive improvements in the intervening years with upgrades to the design and functionality.

Compatible with close to one hundred VR games, the Oculus Rift offers immersive visuals thanks to bright, vivid colors, a comfortable ergonomic design, and state-of-the-art Oculus Touch controllers for responsive in-game action. All this results in smooth gameplay and a gaming experience few platforms can rival.

System requirements for a VR headset differ somewhat from software and games, guaranteeing only that the headset has the required power to run. It doesn’t factor in requirements from the games themselves.

The minimum requirements will get the Oculus Rift up and running, but we’re not looking at peak performance here. You can expect to run a decent portion of VR games, but physics-heavy titles may prove too demanding for this setup. That said, the demands aren’t too excessive overall, although as a golden rule, the more RAM, the better, with the 8GB representing an entry point rather than an ideal count. Aim for 16 GB to be on the safe side.

Jumping to the recommended requirements, we venture into better performance territory. With a similar build, you can expect the Oculus Rift to run swimmingly without any issues. You can play the overwhelming majority of VR games with a PC matching these specifications.

The GPU requirements, while middling by today’s standards, aren’t low. A better GPU will invariably equate to better performance. If you’ve got the cash to spare or have one already inside your build, the Oculus Rift will benefit.

When it comes to recommending a PC for the Oculus Rift, it all comes down to what games you plan to play. Having a choice is always desirable when it comes to gaming, so our recommendation is based on running as many VR games as possible while also factoring budget considerations.

With that in mind, we recommend our $500 build. It features an AMD Ryzen 2600 CPU, AMD Radeon RX 570 GPU, 16 GB of 3000 MHz DDR4 RAM, and 240 GB SSD. The specifications comfortably exceed those of the recommended requirements meaning this build can handle most VR games.

As with any build, you can always aim higher. If budget isn’t a consideration and you intend to play traditional games alongside VR titles, then we recommend our $1000 build. Inside, you’ll find an AMD Ryzen 5 3600X, GeForce RTX 2060 GPU, 16 GB of 3600 MHz RAM, and a 1 TB SSD. No game, VR or otherwise, should prove a problem with this beast.