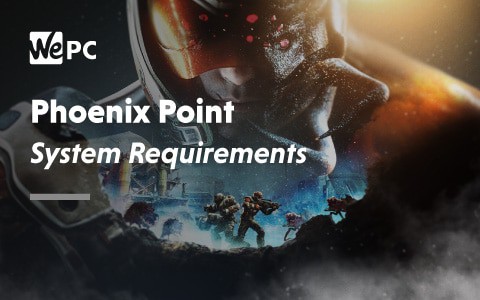 Due to be released in December 2019, you may be wondering whether you will be able to run it on your PC. We’ll be showing you what we know so far about the system requirements.

The story starts when a virus is discovered in the melting permafrost. While the scientific community is excited by the discovery, it doesn’t bode well for the world. It causes the seas to transform and for the land to become invaded by an airborne microbial mist and mutated aliens.

In the year 2047, the human population is decimated and the survivors left are spread out across isolated havens throughout the world. Resources are controlled by just a few factions with contrasting ideologies which causes conflicts between them.

The Phoenix Project is an organization designed to be activated when the world is in great peril. It features the world’s best soldiers, scientists, and engineers. You, as the player, control one cell, but once you’ve activated it, you realize that you have no contact with any of the other cells. You must find out what happened to the rest of them.

Gameplay gives you a world map that allows you to discover and explore points of interest and interact with three human factions. You can decide which missions to take on where you will control a squad of soldiers in tactical combat against mutated aliens.

The aim of the game is to fight the alien forces and save humanity, while also discovering what happened to the rest of the Phoenix Project.

The system requirements for this game won’t break the bank if you’re looking to upgrade your PC. However, if you can push the boat out and get a better system than the recommended requirements outlined above, then we’d always recommend that you go for the best you can afford.

For this, we’d recommend looking at the mid-range of PCs and components, which should be more than enough to let you play this game at its best. As this game is a strategy game, it won’t require the world’s best computer to run. If you want to go above and beyond, however, don’t let this stop you. Anything you add to your system will help you play all of the newest releases.