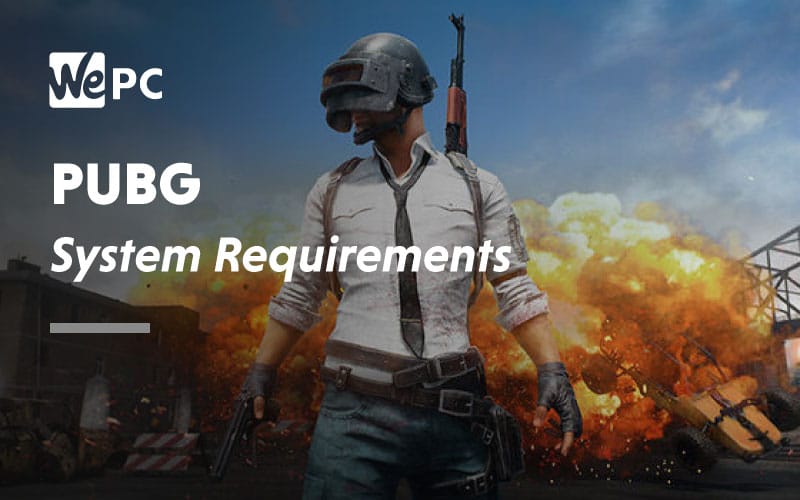 Can I Run PUBG?

Whether your PC can handle the demands of PlayerUnknown’s Battlegrounds, commonly known as PUBG, you’ll need to determine its exact specifications, i.e., what components it has. Once you know these, you can look at the minimum and recommended specifications listed for ease below and see whether it’s up to the task.

If you’re unsure how to go about checking your PC’s specifications, check out our simple guide right here. To make the task that much easier, we are putting the finishing touches on a new feature that will automatically list PC specifications. We should have news on the tool moving forward, so check back soon for more information.

The shooter that is arguably responsible for bringing the battle royale genre to the forefront of the gaming community’s collective psyche, PUBG is an online-only multiplayer game where 100 players battle it out individually to be the last man standing. Alongside having to battle each other players must contend with a huge map and environmental hazards, chief among these being a closing circle, outside of which player health depletes at a rapid rate.

Numerous weapons, gear, loot, vehicles, contested airdrops, a rich and diverse selection of maps set in a variety of locales such as the desert and southeast Asian jungles, PUBG is a complete battle royale experience that continues to draw in players despite releasing nearly two-years ago.

Although PUBG has been superseded by pop-cultural phenomenon Fortnite, another battle royale title, it remains a fan favorite, offering a more mature and realistic take in terms of gun mechanics, movement, and scope.

Note that PUBG Corp has upped the basic system requirements in recent times, so what applied previously may have changed. The previous specifications were somewhat ambitious, while the new ones align as a more realistic take on what you need as a basic requirement to get the game up and running.

Overall, the requirements are middling, but the minimum specifications will struggle to get anything above 30 FPS, and even then it will have issues hitting those numbers consistently especially during heated firefights and when the player count is high at the start of each match. PUBG isn’t so much CPU intensive as GPU demanding. Nevertheless, we do recommend at least a quad-core CPU to avoid pesky frame rate drops.

The RAM requirements are high, but in most cases, 8 GB is the bare minimum for a gaming rig worthy of the name, so chances are you are already in good stead unless you’re running a setup built back in 2012.

With an NVIDIA GeForce GTX 960, don’t expect to hit anywhere near a solid 60 FPS unless you tone down the settings to at the very least medium-low. As for the recommended NVIDIA GeForce GTX 1060 3GB and AMD Radeon RX 580, these are more than capable of hitting 60 FPS at 1080p on ultra settings, but expect some drops when things get messy. We’d recommend going for medium settings to ensure a stable 60-100 FPS regardless of what’s happening in-game.

The recommended specifications aren’t anything too spectacular and fall within the mid to budget category for components, meaning PUBG won’t necessitate a ridiculously expensive machine to enjoy the game.

PUBG is a game best played at higher FPS and refresh rates, so the better the machine and monitor, the better the experience and the more likely you are to nab that coveted Chicken Dinner victory. With that in mind, we would recommend the following;

As always, you can go overkill and go all out with ultra settings and FPS counts way above 100 with the following;

But, keeping it a little more realistic, our $600 build should do the job nicely.