If you’re looking to run games that have been released in the last year or so, then it’s always worthwhile checking if your system has the power to play them. Following system requirement guides might seem a little tricky at first but we’re currently developing our own tool that will make this a lot easier. We’ll keep you posted once it gets closer to completion.

For now, all you need to do is simply grab your own system requirements, make a note of them, and compare them to the minimum and recommended system requirements listed below. If you fall slightly short of the minimum requirements then you may want to put some thought into upgrading your system before you purchase this title. It likely won’t run this game very well, especially if you want to push those settings to max.

Rage 2 is a first-person shooter game that gives players the chance to explore a post-apocalyptic world through the eyes of the ranger Walker. During your playtime you’ll be running and gunning through countless enemies, developing Walker’s skills as you go.

Walker must survive in a world inhabited by dangerous mutants and bandits caused by the impact from an asteroid that annihilated over 80% of the earth’s population. You’ll be able to run through the many hordes of enemies using a wide variety of weapons and some pretty impressive vehicle combat.

Walker will also be able to Overdrive his tools of destruction in order to push them beyond their normal limits. This lends an impressive versatility to the gunplay on offer here, and with the ability to craft new weapons, there seem to be endless ways to make your way through the campaign.

Considering how new this title is, we were expecting to see some beefy requirements needed. With the importance of a game in this genre being able to achieve 30fps at a minimum, it looks like the listed minimum requirements should be able to match that, though likely not on high settings.

While the recommended specifications might make you consider a system upgrade for a second, they look like they’d allow the game to run this title at 60fps on ultra, though your mileage may vary. If needed, you can turn down some of the settings that have the most impact - SSAO and Shadow Resolution seem to be the biggest culprits on this title, with around 7-10% performance to be gained by toning these down.

Based on the requirements for this game being quite steep, we’d recommend the following PC build if you are looking towards aiming for ultra settings at a resolution of 1080p or above. This will also allow for a consistent FPS of 60 or above, depending on the environment.

If you are looking for a good point to build on, anything around the $800 mark or upwards would be excellent power for your system. This will allow you to run a wide range of titles at solid framerates, with Rage 2 being one of them. 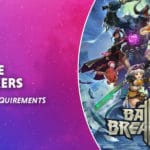 Can I Play Battle Breakers On My PC? 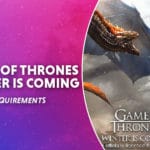 Can I Play Game of Thrones: Winter Is Coming? 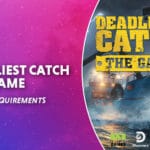 Can I Play Deadliest Catch: The Game? 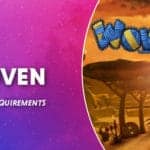 Can I Play Woven On My PC?