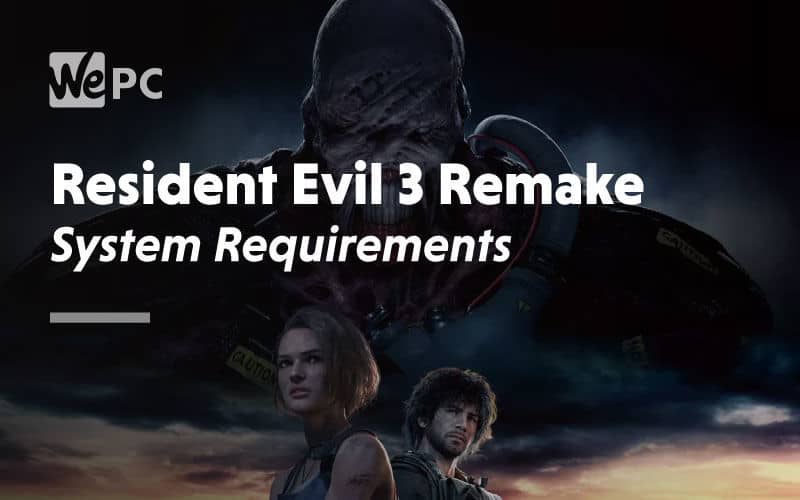 Can I Run Resident Evil 3 Remake?

That means taking a look at all your specifications including GPU, RAM, and CPU to see if your system can run it smoothly and without issue. Running a high-spec game on an old system can ruin what would be a great gaming experience.

To figure out your PC specifications, we have a handy guide to help you. All you need to do is compare them to the below specs to see if you can run this title when it’s released.

Checking your system requirements can be a bit tedious, that’s why we are creating a brand new tool that will make the process a lot faster and simpler. It will be able to check your PC specs quickly and then determine whether you can play a particular game well. We’ll let you know more as this develops so keep an eye out.

Previously released in 1999 on PlayStation, Resident Evil 3 was the third installment in the popular Resident Evil series, following on from the story of the previous game. Twenty years later, this game has been remade for fans of the series to enjoy a new and improved version.

The story follows Jill Valentine who attempts to escape from Racoon city which is infected with a biological weapon known as the T-Virus. This virus has turned the population into zombies which you must fight against to survive.

Jill is also up against a creature called Nemesis, a bio-organic weapon created to target members of the Special Tactics and Rescue Service (S.T.A.R.S).

The remake follows the same story but with a massive overhaul and improvement in the graphics. Characters have been redesigned, including Jill and Nemesis, who have brand new looks.

As we don’t yet have confirmation of the official system requirements, the above is a prediction. We think it will be close to this when they’re finally announced, based on previously remade games in the Resident Evil series.

As in all cases, we would always recommend aiming for the recommended requirements rather than the absolute minimum. If you’re a fan of the series and want to experience the new and improved graphics, you won’t get the full benefit if you’re running on a system that struggles with this title.

With mid to high requirements such as these, we would advise you err on the side of caution and go for a PC build that can comfortably run not only this title but other high-spec titles.

If you go by the recommended requirements, we believe this will land you a solid 60 FPS experience with a decent screen resolution of 1080p with the settings on high. Going for the minimum requirements will see a frame rate drop to around 30 FPS, running on 720p resolution – but the settings might need to be dialed down to achieve this.

If you’re on the lookout for a PC build that can cope with Resident Evil 3’s new system requirements, we recommend aiming for our $800 PC build.

Of course, this will also be down to some speculation but the below build should be able to run the game comfortably with ultra settings at a resolution above 1080p and a consistent FPS count above 60 FPS.

If you really want to aim high and invest in a solid PC build that runs a number of high-spec games, then take a look at our high-end $1000 PC build. This includes an upgraded GPU to the XFX RX 5700 XT Thicc III Ultra 8GB which is a solid choice for serious PC gamers.