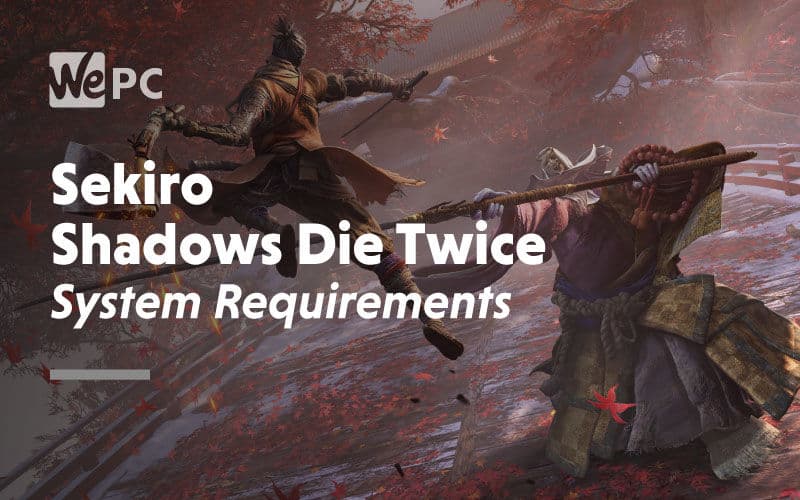 If you’re looking to play the winner of Game of the Year from The Game Awards 2019, we’re here to help you figure out if you can run it first. It’s always best to take a look at the system requirements, particularly for high-spec games. The last thing you want is to load up a game only to find your PC struggles to run it.

The first step is to figure out your PC specifications. We have a guide on how to find them if you are unsure. Next, all you need to do is compare them to the system requirements, which we will outline below.

There is good news on the horizon though. This whole process of checking game requirements is about to get easier. We are currently developing a tool that will help you find these quickly and automatically. We will let you know as development progresses and there looks like a release date in mind.

In the meantime, keep reading to find out the Sekiro: Shadows Die Twice system requirements. If your PC doesn’t quite match the below requirements, perhaps it’s time to think about an upgrade. We will also be suggesting some recommended tech to help you run this title.

This award-winning title is an action-adventure game from the creators of Bloodborne and the Dark Souls series. Sekiro: Shadows Die Twice is set in the late 1500s Sengoku Japan. This is a dangerous period of time, set in a dark world, full of challenges.

You play as the “one-armed wolf”, a disfigured and disgraced warrior on the verge of death. Your character must protect a lord from an ancient bloodline who has become the target of many dangerous enemies including the Ashina clan.

When the lord you are protecting is captured, your character will stop at nothing to get him back and to regain your honor. The one-armed wolf uses an arsenal of prosthetic tools and ninja abilities including stealth and vertical traversal. There are plenty of opportunities for head-on combat and revenge against your enemies.

You’ll also have to be tactical when picking your opponents, like other games of this style, combat can often be tough and unforgiving. You’ll come across a wide array of enemies and bosses which all require a different approach in order to be defeated.

With a title that everyone has been raving about, you want to make sure you’re running this game on ultra settings. To do this, you will need to go for the recommended system requirements at the minimum. Using the recommended requirements should allow you to play the game at 1080p with a consistent 60 FPS without lag or stuttering.

The minimum requirements will mean a clear step down in terms of quality. Framerate will likely drop to 30 FPS, with a resolution of 720p. This means the settings may need to be turned down to run the game as smoothly as you can.

However, if you want to ease your mind, we would always say go for something better than the above specifications. This will enable you to run not only this game but other high-spec titles out there without worry.

If you don’t already have a system capable of running this game and are looking to build a new PC, we have a handy guide on how to build a PC.

With a title like this, we would recommend going for a build around the $800 mark to ensure the game runs as well as it can. This is a good mid-range PC that will comfortably run a range of games at 1080p and 60 FPS.

We would recommend the following build:

This build should be sufficient for your gaming needs. However, if you have the budget and want peace of mind, we’d recommend going for a $1000 PC build. This build still features the AMD Ryzen 5 3600 but with an upgraded GPU to the XFX RX 5700 XT Thicc III Ultra 8GB.