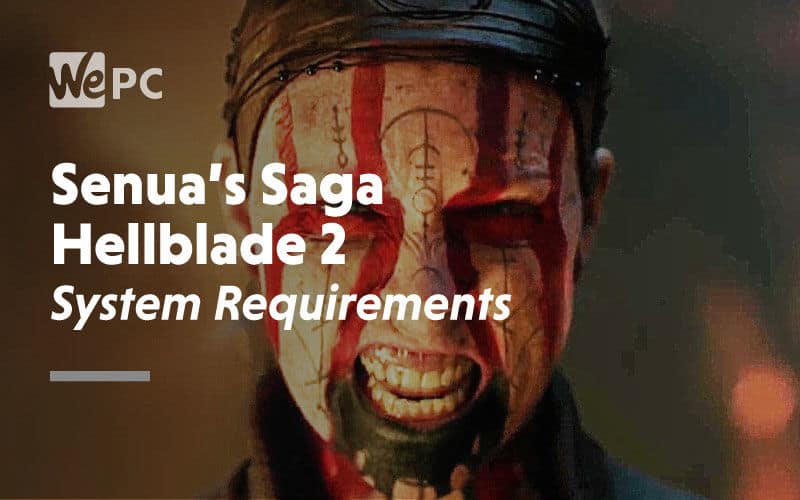 Can I Run Senua’s Saga: Hellblade 2?

For those who enjoyed the first Hellblade game, Hellblade 2 is finally happening. This title was announced and confirmed at The Game Awards 2019 when a surprise trailer dropped.

If you’re as excited as we are to get your hands on it, you have a bit of a wait ahead of you. In the meantime, it’s always a good idea to get ahead of the game and make sure you’re prepared to play this title.

The way to do this is to check your PC specifications and then compare them against the system requirements to see if your gaming setup can handle running it well.

If you want some help on how to check your computer specifications, lucky for you, we have just the guide put together for you to follow. If this seems a bit time consuming, we get it. In fact, we are in the process of developing a special tool that will make this whole process more convenient because it will be able to check your specs and see if they match the system requirements automatically.

If this sounds like something you would be interested in, keep an eye out. We will be bringing you updates on the tool soon and will let you know when it’s ready for release.

We don’t have many solid details about what this game will be like yet. However, going from the trailer, it looks like fans will not be disappointed. It looks like it will indeed be a sequel to the previous game and features Senua as the main character again.

For those new to the series, Hellblade shows a warrior’s struggle between her own mental health and evil undead characters.

The story followed Senua, a Pict warrior suffering from psychosis while trying to retrieve the soul of her dead lover from Viking hell. This made the gameplay in the first game jarring and disorienting as Senua is often an unreliable narrator.

One of the most memorable parts of the game was the use of binaural recording techniques to create a 3D position of sound to make the voices in Senua’s head much more terrifying.

The trailer looks just as creepy and fascinating as the previous game. It appears we will be exploring her psychosis further as she battles monstrous enemies.

The trailer shows a vast landscape, with dark, Pagan-like visuals, ritualistic behavior and an enemy giant emerging from a mountain. Given that the first game had Senua descend into Viking hell itself, we are excited to see how dark this sequel will go and where Senua will end up.

As the game hasn’t been released yet, and all we can do is an estimated guess, this should all be taken with a pinch of salt. However, it looks like the recommended requirements should allow you to play the game well enough on high settings, achieving a resolution of 1080p without a problem.

When it comes to action scenes, you’ll want to aim for 60 FPS which should be doable on the recommended settings without issue. However, if you can only manage the minimum settings, you’ll be looking at a lower frame rate potentially. To ensure as smooth a gameplay as possible, you will likely have to turn down some of your graphical settings. This would be a shame with a game that we hope is as beautiful to look at as its predecessor.

So, if you’re in the market for upgrading your PC, we would definitely recommend it for this upcoming title. We also have a guide you might find useful which will tell you how to build a gaming PC.

Based on the predicted requirements outlined above, which all comes down to a bit of speculation at the moment, we think that a PC build in the $800 range should be sufficient to run this title.

A build like this will be able to run the game on high settings, with a solid frame rate of 60 FPS which will ensure all those action scenes you’re looking forward to will look amazing and smooth.