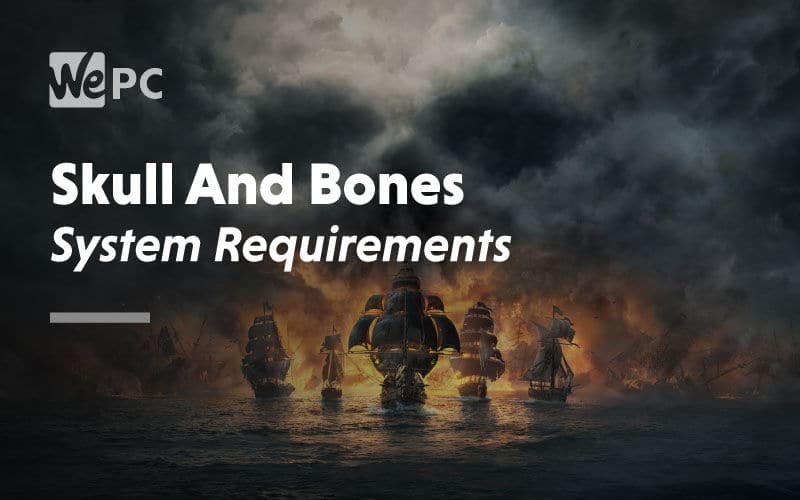 Can I Run Skull & Bones?

To determine whether your current gaming rig is up to the demands of Skull & Bones, you first need to figure out what it’s hiding under the hood, notably when it comes to the CPU, GPU, and RAM. If you’re uncertain how to go about doing this, fret not as you can refer to our guide here, which will walk you through the precise steps.

Checking system requirements isn’t exactly an enjoyable experience, so with that in mind, we are currently finetuning a bespoke utility to make the process a lot less of a drag. It will scan your PC and list the specifications, side-stepping that part entirely. It’s still under wraps, but expect an update on our progress soon.

Channeling the recent explosion in open-sea pirate-themed games propagated by titles like Sea of Thieves, Assassin’s Creed IV Black Flag, and Atlas, Skull & Bones is the latest take on bringing to life the pillaging and treachery of the high seas during the golden age of piracy. From what we’ve seen of the game so far, Skull & Bones looks on course to be the definitive pirate game on this generation by a considerable margin.

Developed by Ubisoft, Skull & Bones offers players an open world set in the Indian Ocean to explore as the captain of a pirate vessel or one of the many merchant nations eager to establish themselves in the region.

Through tactical naval warfare, exploration, plundering lucrative shipping lanes, and even five-player co-op, the player is tasked with skirmishing for disputed waters. As you’d expect, Skull & Bones is set to feature a vibrant multiplayer component.

Banking on a heavy dose of realism, navigation includes taking into account numerous variables such as the wind, the best way to inflict damage in ship-on-ship combat, and ordering crews to board enemy ships.

Keeping with the piracy inspiration, loot plays a huge role in Skull & Bones. From downing enemy vessels or plundering passing ships, progress is measured by the treasures the player can amass. Loot leads to a larger fleet capable of stamping its authority on a broader stretch of the seas.

Skull & Bones was initially slated for release at the end of 2018, before being pushed back to 2019, and now sometime during 2020. The ambition of the title may prove to be the most significant cause of the delay, and we can’t argue with pushing back the release to ensure the best possible final product.

Overall, Skull & Bones falls into the medium requirement category, which makes sense given the excellent visual style we’ve been introduced to via the trailers released by Ubisoft to date.

The CPU and GPU demands, notably when it comes to the recommended requirements aren’t what you’d call top tier, but are nothing to scoff at by any means. The RAM count remains relatively typical for this brand of AAA title, as do the storage requirements.

By our estimation, the minimum requirements should land a solid 30 FPS with a resolution of 720p, and the settings dialed down to low or medium. Jumping to the recommended specifications, you can expect to net over 60 FPS allied to a resolution of 1080p and settings all but maxed out.

Given the scale of Skull & Bones, and Ubisoft’s desire to allow as many players as possible to jump in, we anticipate a stacked array of graphical settings, which should open up the game to quite a few systems ranging from mid-range to top of the line builds.

Without firm confirmation from Ubisoft as to Skull & Bones power requirements, we prefer to err on the side of caution and recommend a build that exceeds the recommended system requirements. Our $1000 build offers a firm foundation to play the game on ultra settings with a frame rate that exceeds 60 FPS quite considerably.

For the price, it’s a pretty robust build that lends itself to most other demanding games on the market, as well as offering a degree of runway for the foreseeable future.