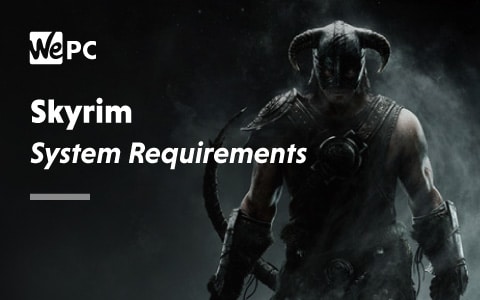 Can I Run The Elder Scrolls V: Skyrim?

As a first step to figuring out whether you can play The Elder Scrolls V: Skyrim on your machine, you need to know what components you have. These widely determine if and how well the game will run. So, let’s take a look at what the Skyrim system requirements actually are.

If you need help doing this, you can consult our easy to follow guide right here. From there, simply compare them to the minimum and recommended specifications we’ve compiled to check whether your gaming rig is up to the task. If your hardware falls short, which it probably won’t, given The Elder Scrolls V: Skyrim is creeping up on being ten years old, then you’ll need to consider an upgrade.

To make the process easier, we are developing a tool to automatically scan your machine, then list a detailed breakdown of all the components. It’s still cooking away in the oven at the moment, but rest assured we’ll be sure to publish an update once it’s fit for purpose and ready for our readers to use.

The Elder Scrolls V: Skyrim is the fifth entry in the long-running The Elder Scrolls fantasy action-RPG franchise from Bethesda Softworks. Set 200 years before the events of Oblivion, Skyrim pushes forward with the foundations laid down by the series’ past entries to create a world teeming with life, oddities, and otherworldly evils.

Taking on the role of Dovakin, players must fight off the scourge of dragon Alduin the World-Eater as he attempts to take over the open-world of Skyrim. Through quests and missions as well as combat, the player must contend with all manner of enemies from the magical to the brutish alongside hordes of Alduin’s feared dragon acolytes.

The player can roam freely across the diverse world of Skyrim exploring wild expanses, cities, and dungeons alike jumping from a thrilling main quest to helping out the local populace in myriad ways. You can even get married, raise a family, commit crimes, join factions, and purchase equipment to aid in combat.

Character progression is a core tenet of The Elder Scrolls V: Skyrim sticking to the rich parameters of the RPG genre. From weapons to eighteen different skill trees, players can refine every aspect of their character for a truly customized gameplay experience.

Often lauded as among the best games ever created, The Elder Scrolls V: Skyrim is a must-play for anyone with a penchant for getting lost in a sprawling RPG of epic proportions.

To avoid any confusion, we need to make clear that the above specifications are based on the minimum and maximum requirements for The Elder Scrolls V: Skyrim Special Edition as it is the only commercially available version. The original version has long since been retired, along with its much less demanding requirements as you’d expect from a game released in 2011.

Regardless of the Special Edition boasting a few cosmetic improvements, The Elder Scrolls V: Skyrim remains a pretty tame beast and as such the minimum requirements are enough to run the game at 720p with the settings on medium to high with a stable 30 to 40 FPS. In other words, a decent gaming experience.

Most gaming PCs now have at least an i5-750 or equivalent so the CPU shouldn’t be an issue. As for the GPU, the GTX 470 isn’t exactly a wallet-busting option, and you’d be hard-pressed to buy one brand new given the plethora of replacement cards that both NVIDIA and AMD have shipped out since.

The recommended specifications, on the other hand, allow you to boost the settings up to high, toy around with higher resolutions notably 1080p and secure a firm 60 FPS if not higher.

As for general pointers, the RAM requirements are a little at odds with the lower specifications of the other components so you may find that an older PC simply doesn’t have the memory count to align with The Elder Scrolls V: Skyrim’s needs. Fortunately, RAM is among the easiest and cheapest upgrades to make.

As always with PC gaming, you can quickly go overboard and rig up an NVIDIA RTX 2080, 32 GB of RAM, and an Intel Core i9, but it would be overkill for Skyrim. The recommended requirements are a good starting point although if you were hoping to hit ultra settings, frame rates above 100, and 1080p, then you’ll need to up your hardware accordingly.

Aiming for a middle ground between overspending and missing out on the best experience, we recommend the below specifications, especially if you want to add in mods, including 4K textures and the like.

As a starting point, you may want to peruse our $600 build and work around that.