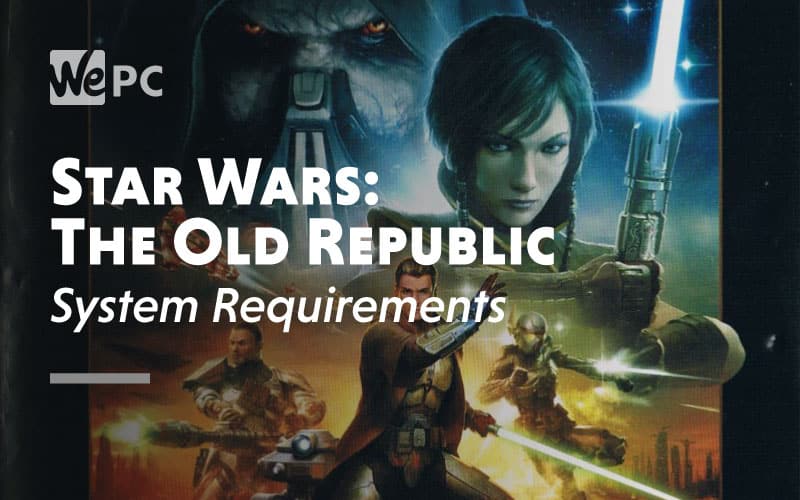 Can I Run Star Wars: The Old Republic?

If you’ve been checking out our best-of lists recently, you’ll have probably noticed that Star Wars: The Old Republic made it on to the best MMORPG list for 2020. If you’ve been looking for a new MMORPG to sink your time into and love the universe and lore surrounding Star Wars, you might want to pick up this title.

Luckily, this game doesn’t have extremely high system requirements due to its age, so you’ll likely already have a system that can handle it. If you want to double-check that you can run it before you purchase though, keep reading.

Firstly, you’ll want to find out what specifications your PC has, don’t worry if you aren’t sure where these are, we have a handy guide to help you out. From here, you simply need to compare these to the minimum and recommended requirements below.

If this sounds like a bit of a pain, don’t worry, we’re currently working on a tool that should make this a bit more streamlined in the near future. It’s still in development at the moment but once we have a release date in mind, we will let you know.

Star Wars: The Old Republic is set in a Star Wars universe around the time of peace between the Galactic Republic and a re-emergent Sith Empire. If you’ve played the old Knights of the Old Republic games, this is roughly 300 years after those events and more than 3,600 years before the events of the Star Wars films. This era gives players lots to learn and even more to explore as it is mainly uncharted territory to most of us.

There are currently eight classes you can take control of, each of which has a detailed backstory as well as their own campaign that can be worked through. Deciding whether to play as a part of the Galactic Republic or the Sith Empire faction will have a lasting impact on the rest of your game.

As with most MMOs, you’ll level up as you complete missions and quests which in turn will award you with experience points that you can use to upgrade your skills. It’s up to you which path you wish to follow, there’s equal fun to be had on both the dark and the light side.

If you manage to hit the recommended system requirements we’ve laid out you’ll have no problems running this game on the higher end of the settings at a stable framerate. There are also a lot of expansions on offer for this title so it’s wise to make sure you have a sufficient hard drive to support the extra space needed.

If we’re going off the minimum requirements, almost anything you have lying around will likely do the trick. If you want to hit the recommended requirements and future-proof your system a little bit more, you’ll be looking at a system in the range of $700.

Some of the key components this build has on offer are the impressive AMD Ryzen 5 3600 6-Core CPU and a Radeon RX 590 graphics card which will allow you to really push those settings.

If you’d like to push the boat out even further, take a look at some of our higher range builds that will allow for you to further increase the resolution as well as play more demanding titles.