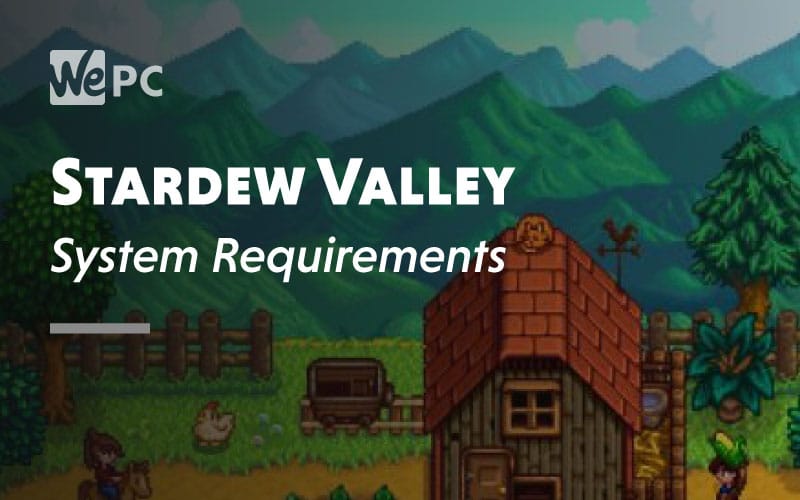 Can I Run Stardew Valley?

To know whether your PC can run Stardew Valley, you’ll initially need to know what components you have, playing close attention to the CPU, GPU, and RAM as these have the biggest impact on performance. Should you be unsure how to go about doing this, fret not as we’ve compiled an easy to follow step-by-step guide, which you can find right here.

With your PC specifications in hand, simply compare them to the minimum and recommended requirements for Stardew Valley that we’ve listed further down. While the minimum will get the game running, the golden rule is to always aim for the recommended requirements, if at all possible. The logic is that if you exceed them, you’re less likely to encounter problems running the game.

We aren’t all that taken with how tedious it can be to ascertain whether a PC is equipped to run this or that game. In that spirit and in an effort to simplify the task, we are developing a bespoke utility to scan any given PC for its constituent parts and return a detailed list of the components. It’s still under wraps as of writing, but we’ll be sure to publish an update when it’s ready.

Channeling farming simulation games of the ilk of Harvest Moon, Stardew Valley is a simulation country life role-playing game that charges players with guiding a dilapidated farm back to its former glory.

Developed by solo developer Concerned Ape, the game is one of the most popular indie games around and recently hit the 10 million units sold mark, signifying the breadth of its popularity.

Stardew Valley asks players to take on the role of a character, who disillusioned with the monotonous grind of a corporate job and the oppressiveness of city life, opts to move to the quaint titular Stardew Valley, a small village nestled among pristine nature. Inheriting their grandfather’s old farm, the player must grow crops, tend to them, harvest, craft goods, gather resources, forage, mine, and sell their goods with the ambition of expanding the farm in open-ended gameplay.

Through a four-season cycle, the player is able to explore Stardew Valley to discover its secrets and push forward a whimsical story of standing up to corporate greed and finding meaning in a simpler life.

Much like the source material, Stardew Valley offers a vibrant cast of NPC village dwellers, each with their own quirks and storylines to explore. The player can forge relationships, get married, and have children.

Players can jump in alone or with up to three other players in co-op play. Concerned Ape continues to push out regular content updates with ever more things to do and explore in Stardew Valley.

As contemporary titles go, Stardew Valley is among the most forgiving available. In other words, it really doesn’t take much to get the game running in a decent state when it comes to system specifications.

Note that a dedicated GPU isn’t necessary to play Stardew Valley, and you can fully expect any run of the mill desktop PC/ laptop to run the game without a hitch.

With the minimum system requirements, you can expect to run the game at over 30 FPS with the resolution set to 720p with the settings left on default.

For a PC matching the recommended settings, you are looking at maxing out Stardew Valley’s performance with 60 FPS at 1080p or higher with the settings maxed out. Stardew Valley isn’t exactly expansive when it comes to the graphical settings on offer, so the real improvement will be in pushing higher resolutions and faster frame rates.

We recommend our $300 build as a great entry point for Stardew Valley. As you can see from the price tag, it won’t break the bank. This build is really all you need to play the game. Unless you plan on playing more demanding titles, there’s really no need to look any further.

The build features an AMD Ryzen 3 2200G with Radeon Vega 8 Graphics acting as both a CPU and GPU, 16 GB of 3000 MHz RAM, and a decently sized 240 GB SSD – more than enough to careen past the recommended system requirements.