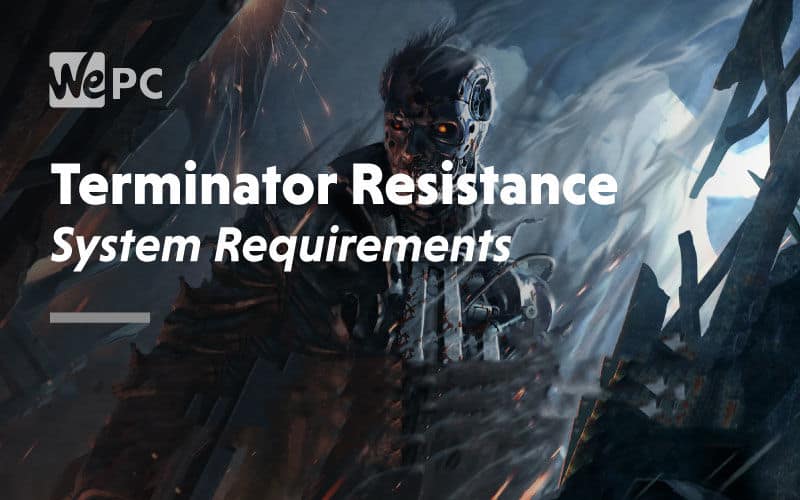 Can I Run Terminator Resistance?

Are you ready to fight against the Skynet uprising? With Terminator Resistance you get to explore the world of the iconic Terminator movie series.

If you have been excited to play this title, it’s always a good idea to plan ahead and see if you can run it on your PC before you hand over your cash to buy it.

While this is a simple enough method of finding out whether your PC can run Terminator Resistance, we want to make this even faster and simpler in the future.

That’s why we are currently in the process of developing a tool that will automatically compare your PC specifications with the system requirements of the game you are looking to play. We will let you know more as the development on the tool progresses so keep an eye out.

Terminator Resistance is a new title that allows fans of the world-famous Terminator movie series a chance to explore and experience mankind’s future battle with the machines.

This is a first-person shooter game that is set during the events of the Future War. This is a scenario that we only saw glimpses of during the Terminator and T2: Judgement Day films. It’s a world where the machines of Skynet have taken over in their quest to destroy humanity.

As a player, you will get to experience all the events leading up to mankind’s final battle against the machines.

Gameplay features the ability to run, hide, shoot down and attack Skynet’s machines and defenses. You will be able to team up with a group of survivors of the Future War and your actions will change their fates, for better or worse.

Your actions will also allow you to level up your skills, and scavenge for scraps to trade and build into defensive weapons. The key here is survival, not just the survival of yourself though. The game is also about the survival of the last remnants of the human race.

With an action, first-person shooter game, one of the most important things to consider is framerate. The last thing you want while you’re running around, battling all those advanced, terrifying machines is for your gameplay to start stuttering or lagging. With action titles like this, it’s best to aim for a framerate of at least 60 FPS.

With the recommended settings, you will have no problem getting to 1080p. In fact, the developers say that you will even be able to achieve a resolution of 1440p with 60 FPS when the settings are on high with these specs.

Even if you opt for a system or run it on your current PC with the minimum settings, you should still be able to achieve 1080p resolution and 60 FPS. However, you will likely need to alter the settings and lower them to medium settings for this.

If you find yourself struggling to meet even the minimum requirements, it’s probably about time to start thinking of a PC upgrade. Whether that’s an entirely new PC build or just some upgraded components, you can take a look at our guide on how to build the perfect gaming PC.

Based on these system requirements not being overly demanding, you will have no issue running this game if you have a system matching the recommended requirements.

Mid-level PC builds in the $700 range should be more than enough to run this title smoothly. The following build is a good example:

If you’re looking for a new PC build to run a game like this, you won’t need to fork out for a supercomputer. However, if you are looking at more demanding titles to play, you might want to play it safe and go for a more advanced PC build.