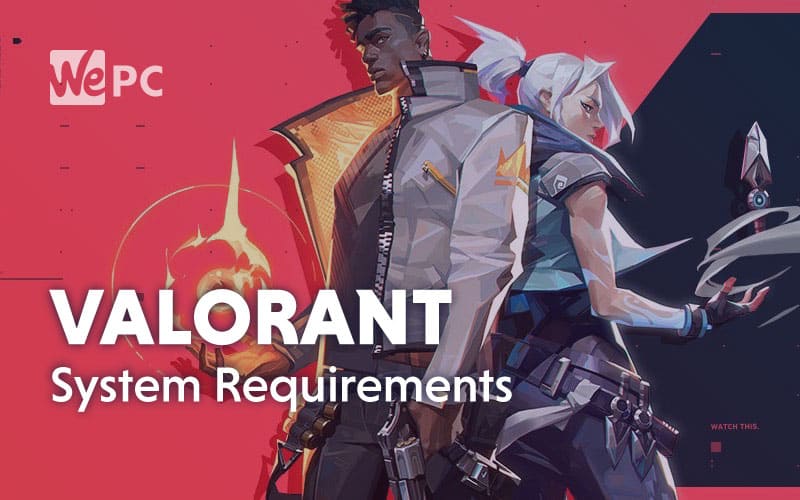 Can I Run Valorant?

To figure out whether your PC can run Valorant, you’ll initially need to know what components you have. We suggest paying close attention to the CPU, GPU, and RAM as these have the most significant impact on performance. If you need a helping hand checking your system spec, we’ve put together an easy to follow step-by-step guide, which you can find right here.

With your PC specifications in hand, compare them to the minimum, recommended, and high-end requirements for Valorant that we’ve listed further down for convenience. While the minimum will get the game running, we suggest aiming for the recommended requirements, if at all possible. The logic is that if you exceed them, you’re less likely to encounter performance issues when running the game.

We aren’t all that happy with how tedious it can be to determine whether a PC is equipped to run this or that game. In that spirit and to simplify the task for our readers, we are developing a bespoke utility to scan any given PC for its hardware components and return a detailed list of the components. The idea is to make cross-referencing game requirements easier. It’s still under wraps as of writing, but we’ll publish an update when it’s up and running.

Valorant is an upcoming competitive 5v5 character-based tactical shooter from League of Legends’ developer, Riot Games. Leveraging all the know-how and experience from over a decade at the helm of one of the most popular multiplayer games on the planet, Riot Games is turning its attention to the first-person genre with an eye on dethroning eSports mainstays Counter-Strike: Global Offensive and Overwatch.

In Valorant, players play 24-round matches in teams of five players with the objective being to plant or defuse a bomb in a fashion similar to Counter-Strike: Global Offensive. By blending lethal gunplay where each weapon has weight and impact with characters endowed with unique abilities, players engage in tactical confrontations on expertly designed maps where creativity and coordination are encouraged. It’s the tactical precision of Counter-Strike: Global Offensive coupled with the creative possibilities afforded by Overwatch-like abilities.

Among these abilities are poison clouds, barriers, wall-piercing pulse arrows, and smoke bubbles. Riot says it hopes to have ten unique characters at launch. Success will depend mainly on shooting skills, accuracy, and tactics, with the abilities playing more of a supportive role.

Alongside these promising gameplay elements, Riot Games is also investing heavily in the back end with 128-tick servers, robust anti-cheat measures, and system requirements that allow a large selection of players to jump into Valorant and hit 30 FPS comfortably. The developer has also struck a deal with ISPs over the world to implement a service called Riot Direct, which opens up a direct conduit between players and Valorant’s service to ensure a ping of less than 35 ms for most players.

With Riot Games laudable aim of bringing Valorant to as many players as possible, the system requirements for the tactical shooter are relatively tame for lower-specification machines, before jumping up a bit in terms of demand if you want to hit those high frame rates. But, overall, even the top-spec requirements aren’t excessive by modern standards.

The minimum system requirements are geared towards 30 fps at 720p, even on integrated graphics like Intel HD 3000. This is no small feat, and we’ll have to wait for the final product to see how this translates to graphical quality. But, if League of Legends is anything to go, then we can expect Valorant to run well even at these low specifications.

The recommended system requirements will net you a solid 60 fps at 1080p. They do require a dedicated GPU in the form of at least an NVIDIA Geforce GT730, but this isn’t exactly asking for the moon given that the GPU was released over six years ago and is available for under $100.

Finally, and rather unusually, Riot Games has provided system requirements for those that want to play Valorant at gloriously high frame rates. The high-end system requirements will guarantee 144 fps at 1080p with, we imagine, the settings on ultra. You’ll need at least an NVIDIA GTX 1050 Ti, but this again isn’t a huge ask given more powerful models have superseded the card.

To run Valorant, we recommend our $500 build as a good foundation. Although the game can hit 30 fps with integrated graphics, we much prefer to err on the side of caution and opt for a build with a dedicated GPU. 30 fps is great, but PC gaming truly comes into its element at frame rates above 60.

We’ve cut costs by choosing AMD components that offer a better price to performance ratio than Intel or NVIDIA counterparts. Don’t let the lower price of this hardware fool you; they pack a significant punch.

The build features an AMD Ryzen 2600 processor, Radeon RX 570 with 4 GB of GDDR5, 16 GB of DDR4 3000 MHz, and a roomy 240 GB ADATA SSD. With these components, you’ll be venturing into high-end system requirements territory and can expect to hit the 144 fps promised by Riot Games.