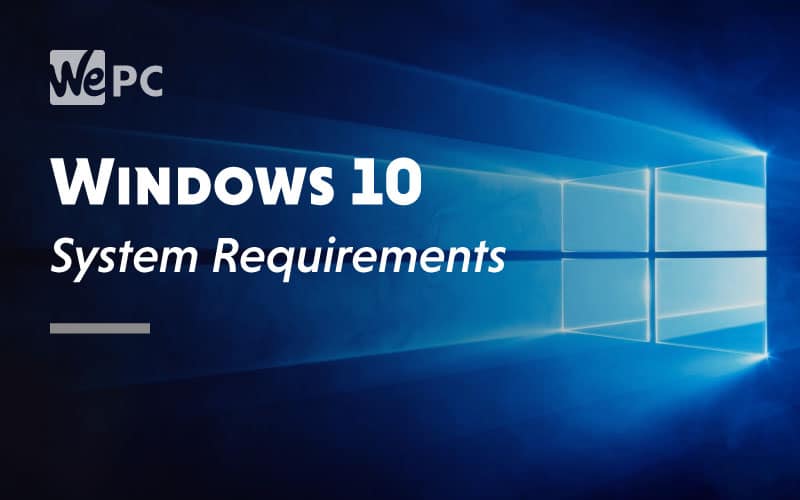 To figure out whether your PC is up to the relatively undaunting challenge of running Windows 10, you’ll initially need to know what components you have, playing close attention to the CPU, storage space, and RAM as these have the most significant impact on the performance of the operating system.

Should you be unsure how to go about doing this, fret not as we’ve compiled an easy to follow step-by-step guide, which you can find right here.

The logic is that if you exceed them, you’re less likely to encounter performance issues when running the OS. Given that it’s your main window into using a PC, performance is crucial to everyday use.

We aren’t all that taken with how tedious it can be to ascertain whether a PC is equipped to run this or that software. In that spirit and in an effort to simplify the task, we are developing a bespoke utility to scan any given PC for its constituent parts and return a detailed list of the components. It’s still under wraps as of writing, but we’ll publish an update when it’s ready.

Developed by Microsoft, Windows 10 is the later iteration of the long-running operating system that needs no introduction. By far the most used operating system across the world, the chances are that a PC runs a version of Windows rather than a competing OS. Windows 10 represents the most up to date version with all the trimmings and functionality you’d expect from a modern operating system.

Key features include a welcome return of the storied Start Menu with a modern twist thrown in using a hybrid tile and column design. Next, Windows 10 integrates Microsoft’s Edge browser, the modern version of the company’s long since obsolete, if historic, Internet Explorer.

The latest Windows features the Windows Store for all your app needs, including access to entertainment such as games, films, and TV shows. While Siri is probably the most famous personal assistance, Windows 10 has Microsoft’s take with Cortana that will make daily tasks a whole lot simpler.

Finally, for the gamers out there, Windows 10 is fully integrated into the Xbox ecosystem, mainly with the ability to stream games from an Xbox One console seamlessly.

Unlike games, which vary in their system requirements widely depending on the title scrutinized, operating systems are very forgiving and are generally designed for the lowest common denominator in terms of PC builds. As such, Windows 10 is virtually guaranteed to work on any PC built or purchased in the last decade, if not further back.

The minimum system requirements will get Windows 10 up and running, but don’t expect a 100% smooth experience as we are talking about the bare minimum to get the software running. As above, operating systems are the software you’ll interact with most when computing, so it’s a no brainer to try and exceed the minimum requirements if at all possible.

Note that the 16 GB/20 GB storage requirements are a bit misleading as this represents what’s required to install the operating system and doesn’t take into account the installation of other apps, software, or games. As such, aim as high as you can to avoid disappointment.

As for the recommended requirements, these march comfortably into excellent performance territory. We’re talking higher resolutions, smooth jumps between tasks, fast loading times, and an environment in which Windows 10 can prosper rather than labor away painfully.

When it comes to recommending a PC for Windows 10, it all comes down to what you hope to achieve with that specific build. If you are looking at office tasks, a bit of light internet browsing, and watching Netflix, then we recommend our $300 build.

It’s a no thrills option that will keep costs down for an excellent Windows 10 performance. It features an AMD Ryzen 3 2200G APU with integrated Vega graphics, 16 GB of 3000 MHz DDR4 RAM, and a 240 GB SSD.

If you are looking at gaming, then we suggest upping the ante and investigating our $500 build, which includes a dedicated GPU in the form of an AMD Radeon RX 570 alongside an AMD Ryzen 5 2600 CPU and 16 GB of 3000 MHz DDR4 RAM.