Can I Run Windows 7?

To determine whether your PC is capable of running Windows 7, you’ll first need to know what components you have, playing close attention to the CPU, storage space, and RAM as these have the most significant impact on the performance of the operating system.

Should you be unsure how to go about doing this, fret not as we’ve compiled an easy to follow step-by-step guide, which you can find right here.

The logic is that if you exceed them, you’re less likely to encounter performance issues when running the OS. Given that it’s your main window into using a PC, performance is crucial to everyday use.

We aren’t all that taken with how tedious it can be to ascertain whether a PC is equipped to run this or that software. In that spirit and in an effort to simplify the task, we are developing a bespoke utility to scan any given PC for its constituent parts and return a detailed list of the components. It’s still under wraps as of writing, but we’ll publish an update when it’s ready.

Developed by Microsoft and released in 2009, Windows 7 was initially pushed as an update to rectify many of the issues that plagued the operating system's previous iteration, Windows Vista. The changes mounted, and Microsoft opted to release it as its own standalone operating system.

Features range from the integration of Internet Explorer 8, Windows Media Player, Windows Media Center, a brand new taskbar, and a new file-sharing system among a long list of improvements.

Windows 7 has since been superseded by first Windows 8, then Windows 10, but remains one of the most well-received Windows versions of the operating system’s history for its performance, user-friendly interface, and significant improvements on the disappointing Windows Vista.

Much like its predecessors, Windows 7 is designed to work on the broadest array of PCs in its role as an operating system. Given its age, most PCs in use today will be able to run Windows 7 without any issues. Nevertheless, it’s worth eyeing up the requirements if you plan to boot it up on a much older system.

The minimum requirements are geared to booting up Windows 7 in an operable state. Every day functions such as web browsing, office work, and media consumption will work relatively well. These requirements do not factor in the use of third-party programs, so check the specifications for these individually to see if your system can handle them.

Note that the 16 GB of hard drive space only includes the space required for the core operating system files and not any additional programs you may need to install. With that in mind, we recommend opting for a larger hard drive as a rule of thumb.

Although Microsoft never offers recommended requirements for Windows by virtue of wanting it to run on as many machines as possible, we’ve included our take on what is required to have the best Windows 7 experience possible. The demands remain reasonable and positively underwhelming by today’s standard. You can expect Windows 7 to perform spectacularly with a PC meeting the recommended requirements.

For Windows 7, we recommend our most budget-friendly option, our $300 build. It features an AMD Ryzen 3 2200G APU with integrated Vega graphics, 16 GB of 3000 MHz DDR4 RAM, and a 240 GB SSD, surpassing the recommended requirements quite significantly.

If you hope to use the system for a spot of gaming, then we suggest our $500 build, sporting a dedicated AMD Radeon RX 570 GPU, an AMD Ryzen 5 2600 CPU, and 16 GB of 3000 MHz DDR4 RAM. While not the most powerful or ideally geared system for gaming, it should offer a good run at a good portion of modern games. 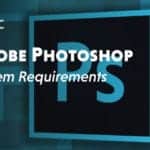 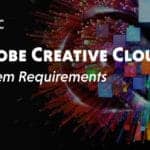 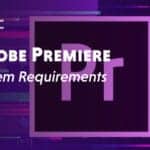