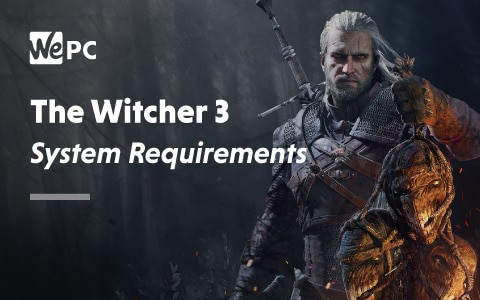 Will I Be Able to Run Witcher 3?

The greatly popular Witcher series’ latest installment, The Witcher 3: Wild Hunt came out back in 2015, but the quality of the game’s graphics and storytelling isn’t likely to feel outdated any time soon.

If you want to truly enjoy this game it’s important to make sure your specs can handle what is a visually impressive game with excellent, varied gameplay. We’ll lay out the minimum and recommended requirements below so you can check whether your PC will be able to run it before you go ahead and purchase it.

Witcher 3: Wild Hunt is an action role-playing game that uses a third-person perspective. Players control a character called Geralt of Rivia, a monster hunter also known as a Witcher.

Based on a popular set of Polish novels by author Andrzej Sapkowski, there is plenty of fantasy action and immersive storytelling on offer. With two previous games, a slew of novels and even an upcoming TV series, there is a lot on offer in this fantasy world.

The narrative of The Witcher 3 takes place in a fantasy world with parallel dimensions and magical creatures like elves and monsters. The world is caught up in a war between empires but the story focuses on Geralt as he completes a series of exciting quests alongside his long-lost lover Yennefer.

While playing as the famed Geralt of Rivia, you’ll have the chance to use a variety of fighting techniques and weapons, including a crossbow, two swords, and even bombs – all of this promises a varied gameplay experience. Geralt can also use five magical signs which allow you to use telekinetic blasts in addition to ordinary weapons.

There’s plenty of action and fantastic world-building to get your teeth into – and with beautiful graphics and immersive storytelling, you need a system that can do it justice.

The Witcher series is known for its visual brilliance and that means the recommended requirements are a must in our eyes.

The game might have some hefty requirements, but it will definitely be worth it to run this game. Based on the recommended requirements above, we’d suggest looking at PCs within the $700 area.

However, if it’s just a case of missing a few items above, we’d always recommend an upgrade where possible of some of the components. Once you have everything up to speed, the game will provide a much more enjoyable and immersive experience.

If handheld devices are more your thing, you’ll be pleased to hear that Witcher 3 will be heading over to Nintendo Switch by the end of 2019.

2 thoughts on “The Witcher 3 System Requirements ”