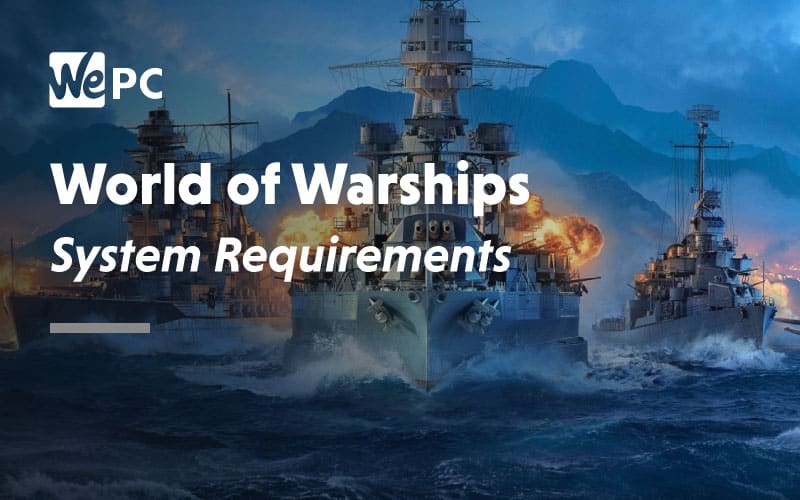 Can I Run World of Warships?

To know whether your PC can World of Warships, we first need to know precisely what components are housed inside your gaming rig. If the task appears a bit too daunting, we’ve compiled a step-by-step guide, which you can check out right here.

Moving forward, we aim to make the process simpler for our readers and we are in the process of developing a system requirements tool. When it’s up and running, it will automatically scan a PC and conveniently list all the specifications. We’ll be sure to publish an update when it’s ready to go.

World of Warships is a free-to-play open-water action-strategy MMO where players commandeer one of a selection of over 200 historic naval vessels from the first half of the 20th century and take on opposing players to dominate the seas. Battleships, cruisers, aircraft carriers, destroyer – World of Warships is the definitive naval warfare game.

From customizing a fleet of sea-worthy vessels to various realistic battle settings handpicked from real locations across the world, players can engage in quick PvP skirmishes, take on team-based PvE battle scenarios, or test their skills in ranked mode against the best players in the world or take on other clans in the Clan League.

Fruit of the setting, battles in World of Warships are a tactical affair that takes patience and poise to win. Each ship is customizable from flags to camouflage by way of equipment and weapons as well as stats dependent on who you employ to lead the ship’s crew.

Overall, the system requirements for World of Warships are what we would call low to medium. Both the CPU and GPU demands are relatively undemanding – you can get away with running the game on an integrated IntelHD 400 graphics.

Most of the products listed are either no longer actively produced or are hard to come by, which goes to show how most modern machines should handle World of Warships without a hitch.

The only real exception is the whopping 51 GB of storage space required to install and run the game. Make sure you allow for enough space by clearing out old games, notably if you’ve got an SSD or HDD on the smaller side of things.

The minimum requirements will net you around 30 fps running at a resolution of 720p with the settings on low to medium. As always, we recommend toying around with the graphical settings to find a happy medium between performance and graphical fidelity that suits your needs.

Looking to the recommended system requirements, you can expect to hit 60 fps with a resolution of 1080p with the settings pretty much pushed to their limit.

To be on the safe side, we recommend opting for a build that includes a dedicated GPU. Not only will this net you better performance playing World of Warships, but the specifications will extend the scope of games you can confidently play.

With that in mind, we recommend our $500 build as a strong starting point for a PC that works well with World of Warships. We’ve allied performance and budget considerations to incorporate components that won’t break the ban, but offer unmatched cost-effective performance for the price.