BLACKPINK are coming back to PUBG and in a big way 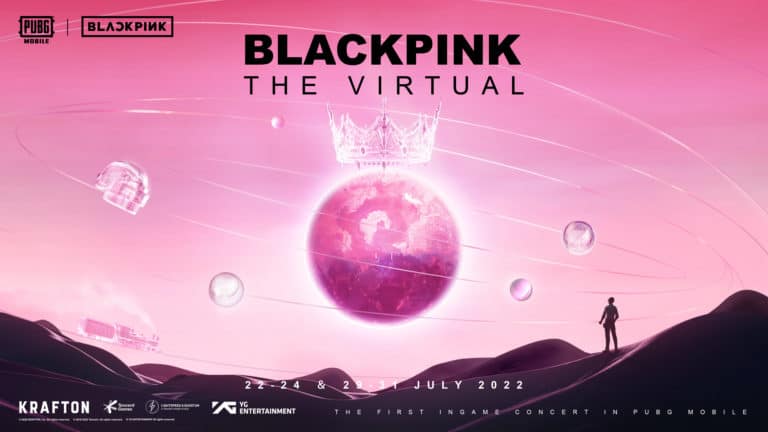 During 2020, in anticipation of BLACKPINK’s hotly anticipated album they partnered with PUBG in PUBG’s most successful partnership to date. The first event was primarily a series of cosmetic items, that could be earned through in-game missions, tied to the event.

BLACKPINK and PUBG continue their partnership

The new partnership, will be between BLACKPINK and PUBG MOBILE, and the scale is set to be much bigger than last time. PUBG MOBILE will be hosting their first ever in-game concert called “The Virtual”.

The event will also be accompanied by the debut of a Special Track and music video later this month.

Players will be able to get the custom-made suits worn by BLACKPINK during the performance. The outfits will be made available on the 23rd of July and will be available until the 31st of August.

Tickets for the in-game concert will be made available from the 15th of July, while the Concert Resource Pack will be available a day later, this will be needed in order to attend the concert.

There will also be daily, themed, rewards that can be earned throughout the event for a multitude of different challenges.

The event is part of the Version 2.1 Update, available for free on the App Store and Google Play Store. The update will also add a new themed game mode: Ancient Secret: Ari. Content from this will be available throughout Cycle 3 Season 7 as well as the Royale Pass Month 13.

For any fans of PUBG MOBILE or/and BLACKPINK this event looks like one to keep an eye on.