Here is a look at the new Overwatch 2 Orisa reworked kit, featuring javelins. 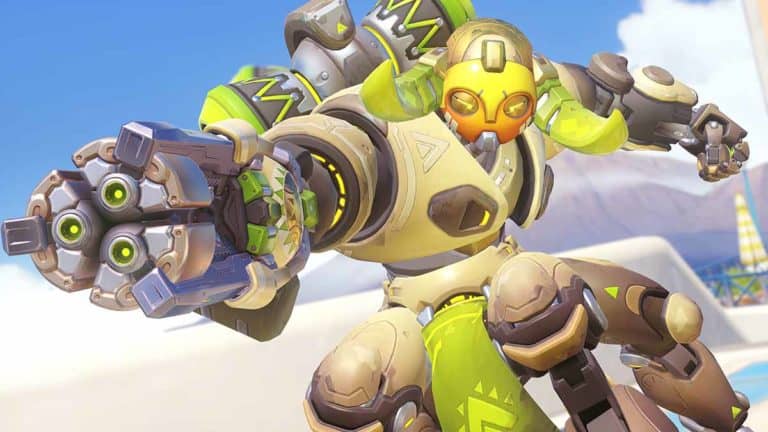 Orisa has had quite an interesting time in Overwatch 1, being the tanky turret, but when it came to CQB fights, Orisa got dismantled. Blizzard aims to adjust that weakness slightly, to make Orisa a more interesting and balanced tank to consider. Expect this Orisa rework to allow her to push into teams and offer engagement opportunities. It also means we are saying goodbye to three skills in this Orisa rework.

The core of the changes comes through her Fortify. She now gains 125 temporary health, but it slows her by 20% while the temporary health is active. It means that there is a choice whether you need the defensive frontline option of the mobile backline suppression that Orisa’s kit allows. Also, her primary fire now uses an overheat feature, rather than relying on ammo.

Meanwhile, there is the new Energy Javelin skill, which allows Orisa to throw a Javelin at an enemy and stun them, launching them backwards. The skill becomes more effective if your speared target connects with a wall.

Another new skill in the Orisa rework is the Javelin Spin. The skill allows Orisa to spin her Javelin, which destroys projectiles. It gives Orisa some extra protection, which works similarly to D.Va’s projectile destroyer skill.

Finally, we have the Terra Surge, Orisa new ultimate skill. The Overwatch 2 Orisa ultimate allows her to sweep enemies in front of her while hunkering down. Orisa gains Fortify while hunkered, and she charges up a surge of damage. Use your primary fire skill to unleash damage. It implies some form of charged up damage with your left click while offering tactical use of the skill if enemies are attempting to retreat.

Overall, it appears that Orisa still has that interesting turret playstyle, while also allowing her to engage more often and feel like they are not a hazard when it comes to those up-close fights.

What do you think of the Overwatch 2 Orisa rework? Let us know in the comments below.