Two of the most popular Ryzen CPUs of recent history are the R5 3600 and 2600 chips. They share a relatively similar area of the market, especially as a little bit of time has passed since their releases, and either one of them could be a fantastic jump up from your older CPU. So, to help you decide which is best for your setup, let’s take a look at what’s similar about them, and what really makes them shine. 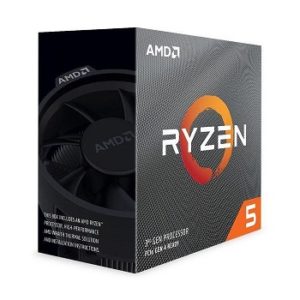 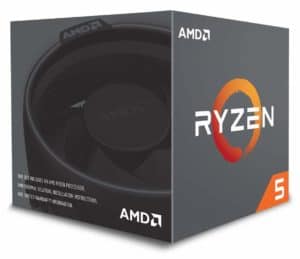 Although gaming is quite a demanding application for things like GPUs, it’s not actually too multi-core intensive. Most modern gaming engines rely heavily on 1-2 cores, therefore single-core performance will make the biggest difference. So, what are these AMD processors packing?

These CPUs are neck in neck on core-count, with a total of six apiece, so they’re more than capable of running any game currently out in a seamless and immersive manner. Both of these CPUs also feature multi-threading, which means that every core is capable of executing concurrent commands.

From here on out, the similarities between these awesome CPUs begin to fade, and we start to see how exactly Ryzen has imbued their 3600 superseder with advanced capabilities.

With a base clock of 3.6GHz and a boost clock of 4.2GHz, the R5 3600 pips its predecessor quite comfortably. It’s not by a country mile, but you’ll definitely see the real-world effects of even this fairly minimal jump in clock speed.

It must be stressed that the 2600 is by no means a slow CPU, especially for the price tag. Actually, despite nearing three years of age, it’s still a very popular choice for gamers on a low budget, and it’s still frequently benchmarked against newer more advanced CPUs.

Quite a few 3600 users claim that actually getting their CPU to hit those 4.2 boost clock specs is nigh on impossible. Even with liquid cooling, the 3600 was always around 100MHz off its stated capacity, but thanks to some nifty OC and firmware updates, it’s not so much an issue anymore.

When we look into their architecture, we see the fundamental difference between these two CPUs. The 2600 was built using AMD’s Zen+ microarchitecture, a 12-nm process that enhanced chip density from the original Zen architecture 15%, boosted overall performance by 10%, and bolstered base frequencies by 10% while utilizing the exact same power envelope.

Ryzen’s 3600 CPU is built from the ground up using the 7-nm third iteration of Zen, confusingly titled, Zen 2. Zen 2 was AMD’s first proper overhaul of their Zen microarchitecture.

Utilizing new instruction set extensions, the backward-compatible Zen 2 exhibits a 15% increased proficiency in command management, which basically means it can do more at once. It also features optimized zero-latency memory mirroring, which is the process of dividing memory into separate locations for greater consolidation. The 3600’s Zen 2 also increased cache capacity from 19.5MB to 35.3MB and made the jump from PCI-e 3 to PCI-e 4, offering a significant boost in bandwidth for your GPU.

Remember earlier when we mentioned that multi-thread cores aren’t exactly the best for gaming alone? Well, here’s where those many threads are going to really pay off. Multi-threaded cores are able to deal with multiple instructions simultaneously, making them far more capable of supporting parallelizing workflows.

This means that if you’re a bit of a tab hoarder and you enjoy streaming, gaming, listening to music, and downloading all at the same time, or perhaps you use lots of video editing or animation software, either of these CPUs can shoulder the mighty burden. But if the 3600 and 2600 both have the same thread and core count, does it mean they have symmetrical multi-tasking capabilities?

No, not really. Although they’re both highly capable units, the 3600’s advanced Zen 2 architecture with augmented instructional processes and memory management is far more accomplished in the art of multitasking than its predecessor.

Let’s forget all the specification for our final comparison and see how these CPU cousins stack up against one another in some core benchmark tests and what truly matters…gaming performance.

Testing these CPUs on a variety of titles with an Nvidia 2060S GPU brings about a bit more fight from the 2600, cinching a slim 3% fps victory for overwatch in 1080p, both CPUs averaging out beyond the 130fps mark. From there on out, though, it was the 3600’s day, scoring a minimal 5% W for GTA V and PUBG, a 14% frame rate victory in Fortnite, and 18% runaway fps triumphs in Counter-Strike: Global Offensive.

Moving on to an RTX 2080 Ti GPU for demanding games in UHQ 1080p such as Assassin’s Creed Odyssey, we get an impressive performance from both CPUs. The 3600 wins out in the end, but only by a single frame, all while sharing a minimum 54fps frame rate.

The 3600 claims a huge victory for Rainbow Six Siege in ultra-quality 1080p, but when you take it up to UQ 1440p, we’re back to a hairline single frame rate victory for the 3600, averaging 164fps. It may well be that the 2600 doesn’t ever quite defeat the 3600, but the fact it’s keeping up and achieving those stats is still highly impressive.

It’s clear that the 3600 is by far the highest performing CPU for gaming, especially at medium settings. The 2600 came out swinging at the bigger challenges such as 1440p, but the 3600 doesn’t let it get even a toe ahead in the end.

It could be said that Zen 2’s improved memory configuration isn’t exactly latency-free, but multi-threaded cores do tend to lack the raw speed of single-core CPUs.

The 2600 is still a great CPU and will probably be relevant for a while yet, especially as it offers gamers on a budget such great bang for their buck, but with the difference in price between these CPUs being as little as $60, you may just want to save for the 3600. If you’ve got good peripheral gear such as a powerful GPU, It’s definitely worth forking out for Zen 2’s PCI-e 4 support and locking down that extra bandwidth for some buttery smooth gaming. 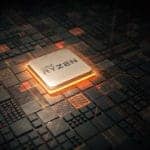 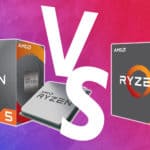 Ryzen 5 - which should you pick? 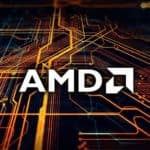 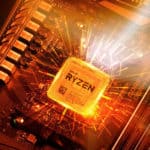