We all know about the CPU arms race between Intel and Ryzen, but what if that doesn’t matter to you? Thanks to Intel’s sizable back catalog, you’re really no closer to deciding on which CPU will be best for your gaming setup.

Well, to help you in your decision, we’re going to put one of these in-fights under the microscopic, giving you a closer look at two of the most argued over and revered 9th Gen Intel CPUs – the i7 9700K and the i9 9900K. As is the way, we’ll cover some cold hard specs and notable features before throwing them in the deep end with some head to head, real world gaming.

The way the gaming landscape has settled currently, you rarely absolutely need more than 4 cores to play demanding games on high settings, but ideally, we want as many cores as we can get our filthy little paws on. The more cores a CPU has, the smoother concurrent programs or applications will run. So, which of these CPUs is the king of cores, the sultan of smooth?

It’s a stalemate on this count, folks. Both of these CPUs are packing 8 cores, making them perfectly capable of blasting all your favorite titles in high quality.

We can feel things heating up here! Threads essentially make cores more articulate. A multi-threaded core can run two directives simultaneously. So, which is the better juggler?

The i7 9700K drops the hypothetical balls big time at this stage, limited to strictly single-core functionality, meaning it has 8 cores, and thus, a grand total of…you’ve guessed it, 8 threads.

Moving on, the i9 9900K is looking dapper as hell in its 16 fine threads, two for each of its 8 cores, so at this preliminary stage, it seems like the 9900K-iller is zooming out in front; however, the matter is far from settled.

Multiple threads are best for multitasking; there’s no doubt about it, making this kind of core design better for intensive parallelizing workflows. If you use 3-D animation programs, video editing software, or if you do a lot of work on Photoshop, more threads are best, but for gaming, it’s not so simple.

Single cores are actually a lot faster when it comes to simple directives which are how most games run. So, if you eat-drink-sleep-breathe gaming and you’re looking for a dedicated PCU, the i7 9700K isn’t down and out just yet.

Clock speed tells us how fast a CPU completes a single clock cycle. Many simple computations can occur in a single cycle, whereas more complicated data may be processed over multiple cycles.

Our i7 underdog comes out snarling here with an impressive 4.9GHz clock speed, more than quick enough to keep up with some of the most demanding games ever made, but the i9 9900K just pips it with an astounding 5GHz clock speed.

There are other factors to consider, but generally speaking, the faster the clock speed of a CPU, the more efficiently it works. The standard clock speed for gaming runs between 3.5 and 4GHz, so you’re well taken care of in this instance. It is, however, important to note that clock speed isn’t everything, and in fact, better single-core performance is more of a decider of gaming proficiency, but more on that later.

A CPU’s caches are faster to access than RAM, making it essential for speedy lag-free performance. Normally these caches exist in three levels: L1, L2, and L3, each slower and larger than the last, but Intel CPUs use one large fast access memory level known as the Intel Smart Cache.

The i7 9700K has a total cache size of 12MB which is pretty good. However, the i9 9900K is equipped with a sensational 16MB. But how does this information translate into gaming performance?

Cache size plays almost as big a role in speed and finesse as clock speed. It’s going to facilitate faster frame rates and drag-free gameplay. Both of these CPUs are incredibly competent, but the i9 9900K seems primed for some unreal gaming experiences.

Just when you thought Intel were perhaps opening their tech up a bit, they reign it back in with socket compatibility. If you have a pre 2015 motherboard, you’ll definitely need to upgrade, as these CPUs can only be paired with LGA 1151 sockets. Particularly awesome LGA 1151 motherboards include the MSI Meg Z390, Gigabyte Z390 Aorus Master, and the Asus ROG Maximus XI Gene Z390.

If you already run your system with a Z370 chipset, you can breathe a sigh of relief because it’s compatible with both of these CPUs. You should consider yourself pretty lucky, as both the i7 9700K and the i9900K were released after Z370, and retro-compatibility is more of an AMD stronghold.

If you want to make the most of the Coffee Lake series, you should definitely consider investing in the Z390 chipset. Released around the same time and built from the ground up to support octa-core Intel CPUs, the Z390 will facilitate optimal CPU and peripheral performance.

If you’re into overclocking, we doubly recommend upgrading your chipset. The Z390 has 16-phase power delivery which will enable more intensive overclocking with enhanced stability. Beyond that, Z390 offers you more USB 3.1 ports, and an overall improved wifi compatibility.

You may have noticed that where, say, a Ryzen CPU will declare it has multi-threaded cores, Intel CPUs claim to use something called Hyperthreading. Only the 9900K has hyperthreading, so let’s disregard the i7 for the time being.

Researching the differences between these two core types sounds as headache-inducing as it is, which is why we’ve done the legwork for you, and all you need to know is that Hyperthreading is just the proprietary name given to SMT by Intel. It’s exactly the same concept – different word.

For all you OC junkies out there, you’ll be grinding your teeth to hear that both of these CPUs are unlocked, which is to say, they have plenty of headroom for overclocking.

It’s not unheard of to find stability with the i7 9700K running with a clock speed of 5.1GHz, using the Z390 motherboards specially designed for compatibility with 9th Gen Intel CPUs; however, a more realistic figure is probably around 5GHz.

The i9 9900K is touted to reach 5.2GHz, but some competition overclockers have proved with the right tech, the 9900K can go way beyond the 5.2GHz mark. Spave, the OC legend, claimed to have taken the i9 9900K to an electrifying 7.1GHz in some instances. A realistic 5.1GHz is achievable for most people, if you score in the silicon lottery 5.2GHz isn’t unheard of!

If you already have a monstrous GPU in your build, this won’t matter as much to you, but we think it’s awesome nonetheless. Both the i7 9700K and the i9 9900K come with Intel UHD Graphics 630 processors as standard.

They boast a base frequency of 350MHz and a max dynamic frequency of 1.2GHz, 64MB of video memory, and DirectX support.

These graphics systems aren’t exactly top of the range, but they can still support 4K at 60fps, and they’re included in the unit price. You’ll find they struggle with more demanding games like The Witcher 3 and Rise of the Tomb Raider, but for games that don’t require as much power from a GPU, they’ll work just fine.

Unfortunately for all you Intel heads out there, PCI-e 4 tech still belongs to AMD, so although Intel does plan to include something akin to PCI-e 4 in their 11th Gen CPUs, for now, whichever of these CPUs is floating your boat, you’re stuck with 3.

It’s not all bad though. PCI-e 3.0 may be half as fast as 4.0, but you’re only losing roughly 1.5fps, and your CPU will be compatible with way more motherboards, and there’s something to be said for that kind of versatility.

9700K vs 9900K Features – Overclocking Scores, side by side comparisons

When all’s said and done, it’s a more advanced bit of tech, but their individual prices differ greatly from store to store, with the gap between them always landing around the $200 mark.

The best prices we found were on Amazon, so feel free to check them out via the links below. 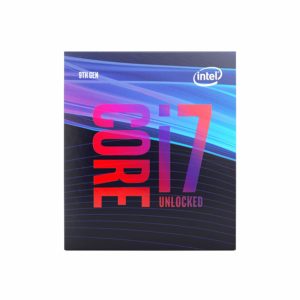 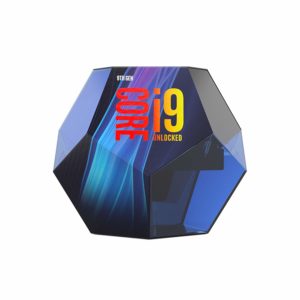 In terms of availability, there’s absolutely no reason to rush out and snatch one of these up. They’re both incredibly popular – the i7 9700K especially – so don’t worry about either of them falling out of production. As they’re pushing on 3 years of age, it’s also improbable that there’ll be a sudden influx of buyers, running stocks low, so make your decision and save your money at your own pace.

Most tech retailers will still be ordering them in because of their popularity, so if you like buying things the old fashioned way, you can, but we highly recommend buying online to save some dollars.

If gaming experience trumps budget, the 9900K is the better CPU for gaming. The single-core clock speeds are exceptional, and can be pushed even further with a modest overclock.

The 9700K is still a solid choice, our benchmarking shows it doesn’t fall far behind the 9900K. It also has the price advantage too! 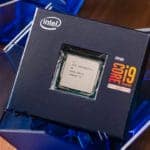 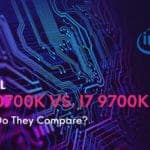 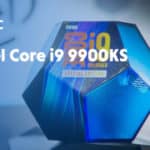 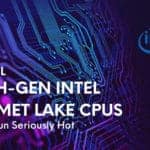