With the new Ryzen 7000 CPUs running rather hot, what better way to cool them off than with a Black Friday deal? 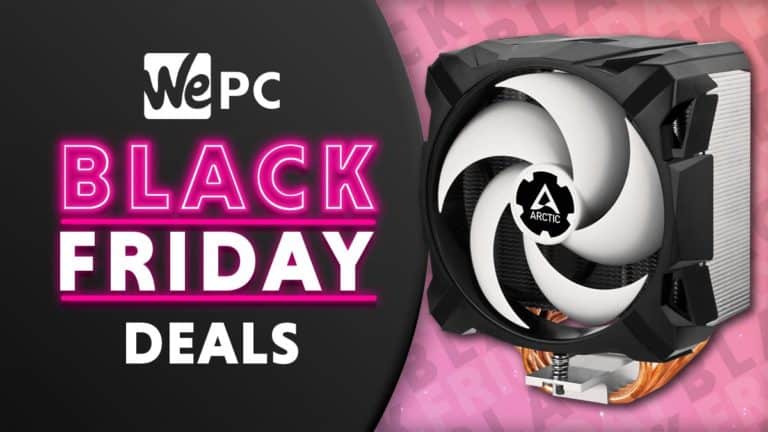 AMD’s latest generation of processors is finally here but they do run hotter than the previous generation when in boost.

To combat this, many are looking to upgrade their cooling solutions, some of which can actually be quite pricey.

Don’t worry, big retailers will be offering AM5 cooler Black Friday deals this year, in fact, we are already starting to see the odd price drop.

We are already starting to see some premium, AM5 compatible liquid coolers go down in price and we fully expect a few more to join the fray by Black Friday.

Options are limited at the moment, with fewer deals on smaller sizes such as 240mm and 280mm, however, there are enough 360mm deals to catch the odd eye.

Where to buy the best AM5 Cooler Black Friday deals

When the AM5 cooler deals start rolling out, most major retailers such as Amazon, Best Buy, Newegg, and everyone else will likely offer similar discounts.

When will AM5 Cooler Black Friday deals start in 2022?

We normally see some retailers dropping prices one week all the way up to one month in advance.

Many retailers are already dropping prices on select AM5 compatible coolers but hopefully, the best will also reduce in price as we get closer to Black Friday.

How to get the best AM5 Cooler Black Friday deals

There is a mixture of affordable and premium AM5 cooling options but both types usually receive a good discount on Black Friday.

This isn’t to say Black Friday deals for AM5 coolers are guaranteed but with discounts already starting to show, we think it is likely to get better.

To give yourself the best chance as we approach Black Friday, add items to your wishlist, track pricing, and save the biggest retailers such as Amazon and Best buy as bookmarks.

As deals go live over the coming months, we are going to be updating this page with fresh shop links, helping you get the cooler you need before others.

AM5 Cooler features to look out for this Black Friday

If you have invested in a new Ryzen 7000 processor, you will have also needed a new motherboard and RAM too. With so much money already put in, any deal is of vital importance.

The main thing to consider when buying an AM5 cooler is the TDP of your CPU.  CPUs have a maximum temperature hard-coded into them, and once that temperature is reached a state of throttling ensues.

We recommend liquid coolers for Ryzen 7000 CPUs because a typical air-based CPU cooler will be able to handle a 130W TDP on average, and even the 7600X exceeds that by 12W at boost speeds.

Do I need an AM5 air cooler or liquid cooler for Ryzen 7000 series?

We strongly recommend you go for liquid cooling this time around.

What is the best ryzen 7000 series AM5 CPU cooler?

Right now, we recommend the ASUS RYUJIN ii 360 for the Ryzen 7000 series CPUs.