DELL-icious savings to be had here 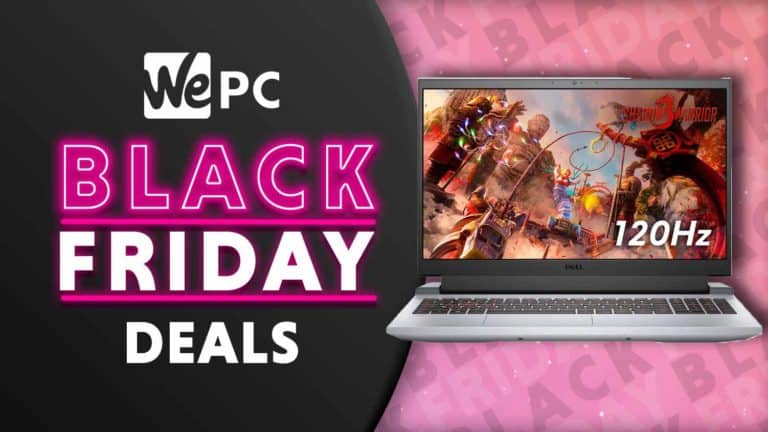 This DELL G15 deal is not one to be skipped over this early Black Friday. This boastful beast of a gaming laptop screams both value and performance. and with a substantial $100 discount too, what’s not to love? If I offered you $100 for nothing, I’m pretty sure you’d take it.

Laptops have advanced greatly through the last couple of decades. Advancing from unfortunate clunky necessary evils for the savvy businessman to portable powerhouses. This DELL G15 is no exception. want to be that talk of the coffee shop, park, or library? Wherever you choose to take your gaming on the go, the DELL G15 is a sure bet.

The CPU installed into the Dell G15 gaming laptop is one to rival the best of the mobile Intel chips. The Ryzen 5 5600H is one prize pony, runs like one too with its Six hyperthreaded CPU cores totaling a mean 12 logical processors. All clocked in at a blisteringly fast boost clock of 4.2GHz. This CPU is sure to chew through whatever game you may throw at it.

This Dell G15 deal is sure to get you tingling this Black Friday when you learn the GPU installed in this stylish gaming laptop is indeed the very real RTX 3050. This GPU sports 2048 unified pipelines all with a boost clock of 1500MHz, rounded off with a very respectable 4GB of GDDR6 VRAM. You’re sure to blaze through any and all games you throw at the DELL G15 with this amount of pixel-pushing power.

The DELL G15 comes loaded with 8GB of DDR4 RAM, clocked in at 3200Mhz it’s not the largest amount of RAM in the world but it’s fast enough. I’d personally like to see 16GB but 8GB is enough. Just don’t expect to be doing any 4k video editing on this laptop.

Some more notable features of the DELL G15 are the; 15.6 inch Full HD IPS screen, its 512GB PCI-E SSD preloaded with a full copy of Windows 11 Home. And beautiful gamer-focused design, rocking the “Phantom Grey with speckles” paint job. pretty swanky if you ask me. Not only does the DELL G15 look the part, but it defiantly also plays the part too.

Don’t miss out on this phenomenal DELL G15 deal this Black Friday. if you want to save a whopping $100 off this already reasonably priced gaming machine you’ve come to the right place. You’re obviously interested, you’re here! Right? all you have to do is go and buy it. And feel the power the DELL G15 brings.