This CPU will have you RYZEN above the competition 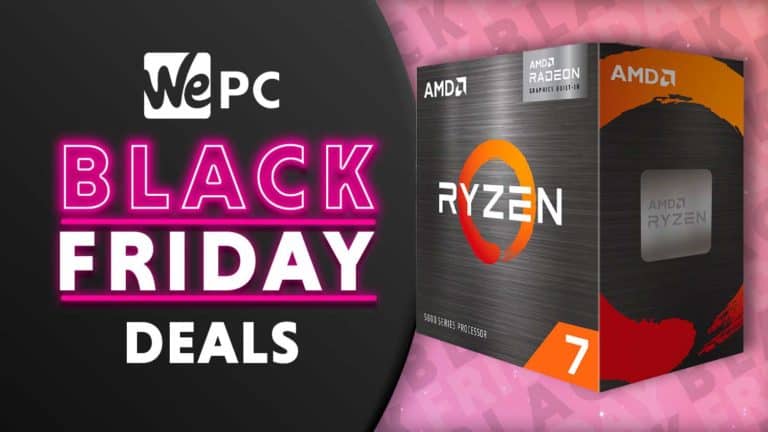 Hurry! Don’t miss out on this amazing Online-only deal that Best Buy currently has set up right now. An amazing 10% could be saved on this phenomenal Ryzen 7 5700G black Friday deal. CPUs are literally the brain of any computer, whether that PC be old or brand new. It has been this way since computers existed, and in the PC gaming space, a CPU is one of three crucial components that directly impact performance. CPU, GPU, and RAM. This CPU happens to be a two-for-one! GPU and CPU. and see below how you can get an amazing 10% off this beast of a CPU.

CPUs have been a crucial part of PC operation since their inception in 1971 and their importance only grows as the year’s tick over. Modern-day CPUs have a boatload of features and tweaks that make them more efficient and powerful than ever before. take this amazing Ryzen 7 5700G deal, for example, I’m surprised the CPU is even on sale given how amazingly powerful it is.

The AMD Ryzen 7 5700G is a monster of a CPU clocking in with a core boost speed of up to 4.6GHz. That’s pretty fast! the Ryzen 7 series rocking 8 hyperthreaded cores for 16 logical processors ensures incredible multicore performance, especially when paired with a couple of DIMMs of fast DDR4 RAM. Ryzen’s core communication speed is directly correlated to RAM speed, so it’s mostly recommended you get yourself a kit of 3600Mhz, 3200Mhz at the VERY least to operate to the CPU’s full potential.

As I mentioned before, CPUs now come with a whole host of new tech to bolster their value in the modern-day system. in recent developments AMDs SAM has emerged, SAM or (Smart Access Memory) is technically more of a GPU technology but requires a higher-end AMD CPU to enable. So if you have a SAM-capable GPU already and wish to bolster its performance come and grab this amazing Ryzen 7 5700G deal today.

This CPU is technically an APU, meaning the CPU has an onboard graphics chip integrated right into it. Eight RX Vega 8 Cores to be exact. the fact that this CPU has onboard graphics solves an ever-present problem with GPU availability, you could take shelter under this CPU and the integrated graphics whilst you wait for the GPU apocalypse to be over. Not that we expect it to be over anytime soon, so all the more reason to grab this amazing Ryzen 7 5700G deal this early black Friday and get to gaming! All whilst saving 10%.