Find some new horror this Black Friday with these deals on Evil Dead: The Game 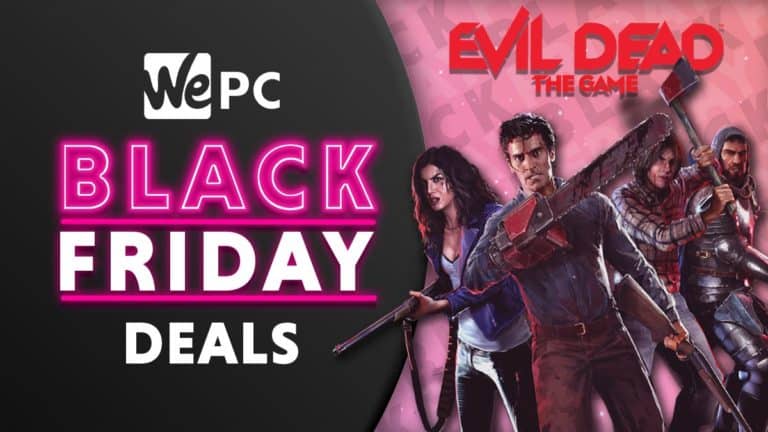 Evil Dead: The Game is a good multiplayer game included in the potential pool of Black Friday deals for 2022.

Evil Dead: The Game is a third-person horror game with a focus on cooperation.

The game is just a couple of months old so it is a very fresh addition to Black Friday.

Make sure to take a look at some of the deals for Evil Dead: The Game.

Evil Dead: The Game was released on May 13, 2022. The game is available on PC, PlayStation 4, PlayStation 5, Xbox One X/S, and Xbox Series X/S, and is scheduled to release on Nintendo Switch later this year.

If you are looking for Evil Dead: The Game or any other horror game, make sure to see some of our best gaming deals available:

Due to the fact that it is a fairly new game you might want to upgrade your PC to be able to smoothly run the game.

Thankfully, Black Friday is also the time to do that at quite a cheap price. Here are our recommendations when it comes to upgrading your hardware:

Where to Find the Best Evil Dead: The Game Black Friday Deals

Due to the game’s availability on most platforms, you can find the digital version on PC via Epic Games Store. If you want to play on PlayStation systems visit PlayStation Store, and for Xbox, players look for discounts on Microsoft Store.

However, if you are interested in the physical copy, you can visit your local retail gaming stores for the best discounts.

We have also prepared a list of some of the most notable sellers, where you can look for Black Friday Deals on Evil Dead: The Game.

Why Buy Evil Dead: The Game This Black Friday?

Evil Dead: The Game is a great purchase to play with your friends. It is an asymmetric multiplayer game where four players team up to take down a monster.

Everything here is based on the Evil Dead universe. You can use melee or ranged weapons to fight your way through that horror.

It is a lot of fun, especially while playing in one team with your friends or partner. Great game for a group of friends.

When Will Evil Dead: The Game Black Friday Sales Start?

Evil Dead: The Game Black Friday sale starts on November 25, 2022. The last Friday of November is Christmas for all gamers.

The day that games are cheaper than ever. Some companies even expand upon the Friday itself making whole Black Weeks or even a Black month. Stay tuned for all the discounts from the beginning of that month.

Every gamer will have a chance of finding something that will suit their needs. There will be plenty of other offers and deals available in November. Check some of these gaming deals right here:

Will Evil Dead: The Game Have a Black Friday Sale?

It is very likely. The game was released earlier in the year in May so Black Friday 2022 will be the best time to grab the game much cheaper than usual.

Are Evil Dead: The Game Deals Any Good?

Yes. The games are great, and for a low price, it is a no-brainer to pick up, especially if you like the Evil Dead universe.

If you are hungry for even more deals this Black Friday, make sure to check our top pages full of great discounts for some of the greatest titles out there: