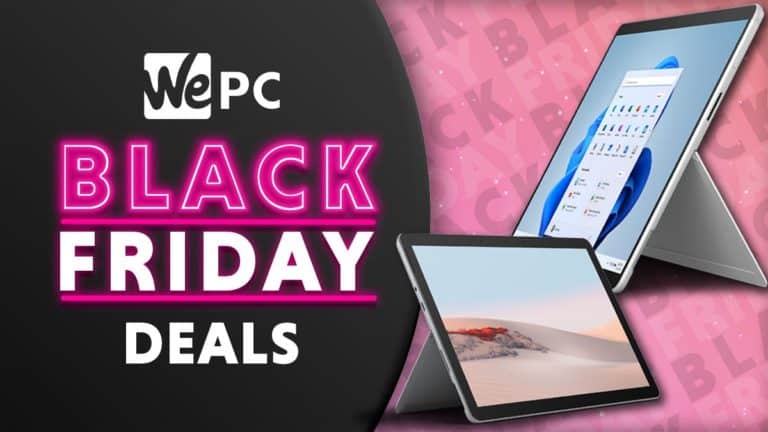 By the end of reading this article, you will hopefully have peace of mind as we familiarise you with these laptop and tablet hybrids and give you the best current deals and prices available. We’ll cover this year’s tech trends as well as hints and tips to ensure that you are buying your shiny new gadget in the greatest confidence.

The 25th of November might still be some time away, but we’re already beginning to spot some enticing Black Friday deals for Microsoft Surface and Microsoft Surface Pro ahead of this year’s biggest sales event.

Our experienced team has helpfully scoured the web to advise you the best current Black Friday deals for Microsoft Surface and Surface Pro without compromising on quality.

If you’re looking to do some of your own research but would like to be pointed in the right direction, we recommend checking Amazon on a regular basis, as discounts are often uploaded without notice.

You can expect sales to start in the run-up to November 25th, which is Black Friday. Cyber Monday follows three days later on November 28th. Though the actual day is sure to be bursting with brilliant deals, there will be plenty of good bargains to snag before the actual day.

The key to getting a good deal, especially in a product with a hefty price tag such as the Microsoft Surface Pro, is to regularly check sites to monitor any changes in prices. However, if you’re reading this it’s likely you don’t have the time to do this. Since our tech team has relentlessly scoured the web for the most attractive deals, simply check back on our deals page on the site which is regularly updated so that you’re in the know for the best Black Friday deals for Microsoft Surface and Microsoft Surface Pro.

The Surface Pro 8 has brought the most changes to the Surface Pro lineup in years. Its new hardware makes it one of the fastest performing that’s ever been found in a Windows tablet. It’s suitably modernized, coming with a larger 13” display. This also makes it good for light gaming, largely thanks to Intel Iris Xe integrated graphics, something that our tech team is especially keen on.

The Microsoft Surface series offers style and speed. With Windows 11, you can expect up to 70% faster performance speed as well as an HD camera, making it a strong candidate if you’re having frequent video calls.

Make sure you check that your Surface Pro comes with a Surface Pro Keyboard as these are not always included in some of the discounted deals you’ll find during the Black Friday period. Retailers can be very cheeky and misleading by using photographs of the laptops with the keyboard attached, so it’s definitely something to keep in mind.

What models are included in the Microsoft Surface collection?

There are a number of different models, the latest being the Surface Laptop 4 and the Surface Duo.