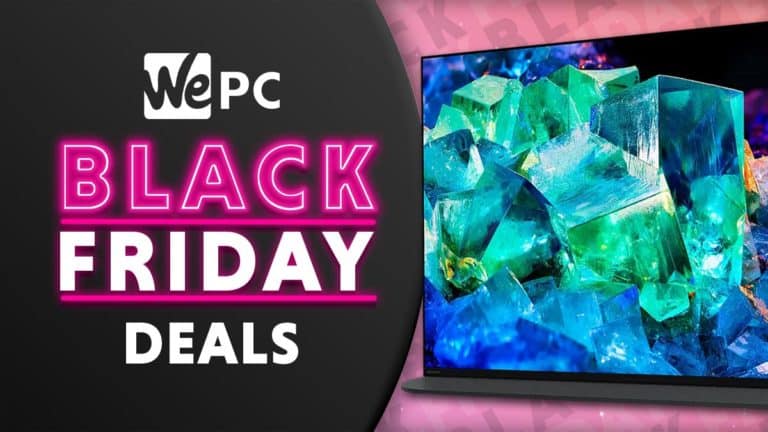 We’ve finally reached the time for Black Friday Sony A96K deals. Since Sony A95K’s launch on July 13th, we have seen a few discounts on the product. The most noticeable of which came from Amazon, who have been delivering a ton of great deals recently. This year’s Black Friday may bring us the biggest discount on the first-of-its-kind Sony Television.

This TV has been impressing us ever since it’s release. Now we’re a few months down the line and finally in November, expect Black Friday sales for this particular device to really pick up the pace. Black Friday is this week, so time to start your shopping.

Black Friday 2022 offers some of the biggest deals with a few weeks remaining in the event. Just like other significant names, people have their eyes set on Sony. With any luck, on the 25th of November, we will see an exclusive Black Friday discount on one of the world’s first QD-OLED Television.

If you are a Sony user, you might’ve fallen in love just by hearing the specs that the new Sony BRAVIA XR TV A95K brings. With an OLED (QD-OLED) panel and Cognitive Processor XR for the brightest and widest color, it will be Sony’s most sought-after product on Black Friday 2022.

Black Friday is the year’s biggest event regarding exclusive sales by every brand and carrier. And when your favorite product is set to be featured on the Black Friday 2022 Sale, you ought to be pumped. We’ve already seen a $500 discount on the Sony A95K on Amazon, so let’s hope for a $1000-plus on Black Friday.

Here are the latest deals on the hugely popular Song A95K:

Where to find the best Sony A95K deals

Sony’s first-ever QD-OLED Television has created a ton of hype among the buyers. Black Friday 2022 is just around the corner, so it is your chance to get the best deal on your favorite Sony Bravia A95K.

Every single big retailer should be stocking this fantastic new 2022 TV. We’re going to be going through some of the big names on the market in order to seek out every single relevant Sony A95K deal. So, if you don’t have the time to spend scrolling through endless listings on multiple websites – stick with us right here.

Along with other flagship models, including the Sony Z9K, The Sony XR A95K is confirmed to be featured in the 2022 Black Friday Sale. With the sales beginning a week before the event, you can expect crazy deals and discounts.

Here are the best retailers for Sony A95K deals this Black Friday:

Sony Bravia XR series has been a top choice for most people since its release. Considering the immense liking for the XR series, we get to see some crazy Black Friday deals and discounts on the XR products every year. This year will be no different. With the addition of the Sony A95K to the XR lot, you can expect great discounts.

Although the Black Friday deals are supposed to last 24 hours, this is not the case. We see the Black Friday sales starting a week before the event every year. The aftermath lasts for another week after the event. Considering the trend, we expect the preliminary deals on Sony A95K to start a few days before the year’s biggest sales event, if not a week. So, if you plan to buy your favorite Sony Bravia Television this November, start your preparations now.

Black Friday 2021 featured amazing deals and discounts on various Sony products, especially the Sony Bravia XR and XBR TV Series. We saw up to 34% discounts across platforms on products like the X85J, X90J, and Bravia XR A80J.

On BestBuy, we have seen up to 27% discount on Sony Bravia XBR and XR Televisions in 2021. So it won’t be wrong to expect similar deals this year for Sony A95K.

Since the Sony A95K is the first of its kind television, it comes with multiple new and unique features. These are the most noticeable features in the Sony A95K:

Deals take place during November, with many showing up the week before Black Friday itself on November 25th. You can expect deals to continue to stick around until the end of the month and possible early December.

What minimum discount can we expect on Sony A95K this Black Friday?

Considering the discounts offered in previous years and the hype for Sony A95K, we can expect a $1000-$1200 minimum discount.

Yes, Sony A95K is the first ever QD-OLED launched by Sony and has all the features that can make anyone fall in love.

Now we’ve passed by other sales such as Prime Early Access, we are sure that Black Friday is going to be a key event for those looking for a Sony A95K deal. Keep an eye on this page so you don’t miss out, deals are due to show up in the early days of November.

Is it worth holding out on Black Friday for better Sony A95K deals?

There’s going to plenty of choice when it comes to a new TV during Black Friday, there always is. The biggest deals are always saved for late November, so it’s worth waiting around if you want the very best discount – just be wary of depleting stock levels.