Boast about your brand-new Bravia after getting one of these Black Friday deals. 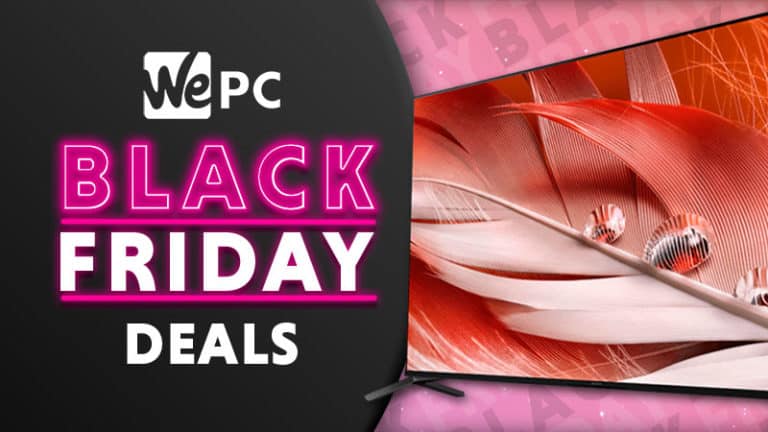 If you’re interested in upgrading your home cinema experience to new levels, you might want to check out some of our Sony Bravia TV Black Friday. Here at WePC, we’ve been searching long and hard for the best deals on Sony Bravia TVs the internet has to offer, and we’re proud to say that we’ve managed to spot some pretty major savings, on a wide range of TVs in all shapes and sizes.

With Black Friday only hours away, there are floods of fantastic deals across the internet. Amazon’s sale has been going since November, and many other online retailers have been ramping up the savings over the last couple of weeks. However, the best savings will probably appear on the big day itself, so check back with us then – we’ll keep updating this page as weekend continues.

Sony has become renowned as one of the best tech brands in the game, and with their Bravia range of TVs, they have developed some of the most innovative and high quality screens money can buy, with an ultra 4K OLED display common on most models.

So, if you’re keen to learn more, read on for the very best Black Friday Sony Bravia TV Deals.

Sony has a huge lineup of products, many of which are on sale outside of the Black Friday period.

Having said that, the biggest deals on Sony TVs will likely surface on Black Friday weekend – which we’ll be meticulously covering between now and November 25th.

Below we have listed the best Sony Bravia TV deals available right now:

Where to find the best Sony Bravia TV deals

Finding the best Sony Bravia TV deals can often be a tricky little prospect the closer we get to the official Black Friday weekend.

For that reason, we’ll be outlining the best retailers for big discounts this Black Friday. Whether you’re looking for a smaller 55-inch TV for the lounge or one of Sony’s latest Bravia options, the below retailers will have a deal that meets your exact requirements.

When will Sony Black Friday sales start in 2022?

Black Friday’s official weekend will kickstart on the 25th of November, bringing with it huge discounts on some of Sony’s best-selling TVs.

Like always, due to the competitiveness of this time, we’ll likely see retailers go live with discounts much earlier than November – with deals starting to populate in the first few weeks of November.

All the best deals are usually reserved for the Black Friday weekend itself, with Sony offering the best savings between November 25th and 27th.

What Sony Bravia TV deals can we expect in 2022?

Sony Bravia has a huge range of TVs in its arsenal, so which can we expect to see on offer this Black Friday?

Sony’s 2021 models will likely be on offer this year, with some of the biggest savings on these particular models.

The latest lineup of Bravia TVs might also see some price reduction, however, as these are relatively new, demand will still be high – meaning prices won’t drop as much.

Where to buy a Sony Bravia TV on Black Friday 2022?

You can expect to find Sony Bravia TVs at all good big-box retailers this Black Friday. As with many types of products, getting the biggest discount will rely on buying the most expensive device.

In previous years, Sony TVs have been discounted as far as $300, so chances are that we will see at least that on some of the bigger sizes of Bravia TV this year. The obvious outliers are Sony’s new Bravia XR A95K and X95K models – which are both hugely popular in today’s market.

In the realms of regular TVs, something like the 75” XR X90J is liable to be one of the most heavily discounted TVs you’ll find, probably at least reaching $300 off at some retailers, if not slightly more than that.

How much is a Sony Bravia TV on Black Friday?

Prices will range from around $400 all the way to over $2000 for a Sony Bravia TV this Black Friday. Sony offers a huge array of different Sony Bravia TVs, and pretty much all of them will be available at some kind of discount this November.

Something like the Z9J is a safe bet, at quite a large size, but with full-array LEDs instead of OLEDs, you can expect a decent discount and a lot of bang for your buck.

Sony’s Bravia range boast an impressive array of extra-special features which put them a cut above the more standard lines the brand offers. One that stands out is the Cognitive Processor XR™, which uses cutting-edge AI technology to analyse elements of the content being displayed and adjusting different parts of the picture to give images increased depth and reality, bringing a new level of immersion to your viewing experience. So for example, the primary focal point, whether it’s a footballer who’s just scored a winning goal or the main character in an action scene, is given more enhancement and depth, just how our eyes would work in real life. The same principle is applied to sound – for example, an aeroplane noise would come from the speakers above your head, in a surround sound system.

Why should you buy a Sony Bravia TV this Black Friday?

As we’ve said, Sony’s reputation for making quality televisions has been established through years of experience. Their TVs are renowned for their high definition, bright colours and sleek design. The Bravia range comes with a high processing speed which makes them perfect for home entertainment systems, whether you’re after a home cinema set-up or an optimised gaming experience. However, all these bonuses often come with a hefty price tag, making Sony TVs an unreachable option for many.

Black Friday is the perfect time to grab a sneaky discount on a Sony Bravia TV. With heavy reductions offered by many major retailers, you can take a slice of the good life Sony Bravia TVs offer at a lower price.

It’s also the perfect decision in the run up to the holiday season. Around a time when loved ones get together, a brand new TV is the perfect gift for all the family, so you can watch Christmas movie classics or play multiplayer games.

We’re expecting to see major discounts on the big day itself – November 25th – but also over the Black Friday weekend, depending on if stocks last.

However, if you miss out then, you might want to keep an eye out on Monday November 28th – that’s Cyber Monday – for a few more deals that might pop up online! 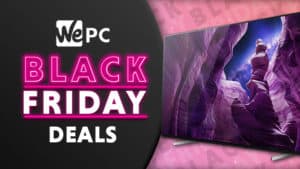 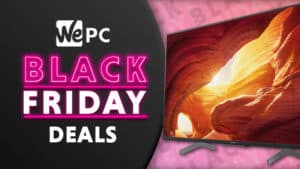 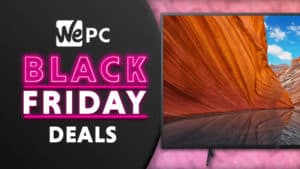 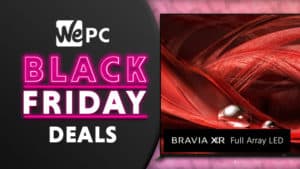