We have got so used to images of Black Friday and people tussling over items in shops on the news. WePC looks at how things are destined to be different in 2020 and beyond with the arrival of Covid-19 changing the way we have to shop as we approach the time of year when high-street retail traditionally sees it’s biggest footfall. With companies already launching extended sales periods are we are set for several weeks of bargain hunting or will shopping fatigue get to us, even though we never have to leave our house.

Black Friday is a big deal right? We are all on board with that?

The annual pre-holiday season price-slash has grown from its initial one day opportunity to get your hands on a cheaper TV to an almost out-of-control retail extravaganza that seems to snake ever longer each year.

It makes sense to have a sales period in the run-up to the biggest gift-giving season of the year. It used to really annoy me to see gifts I had bought for friends and family reduced to a third of their price a day or so after handing them over. It felt as though, as a species, we were falling for some kind of retail trap, but, well, gotta get that 33% off.

Then along came Black Friday and the balance of the universe was restored. Items I’d had my eye on all year round were suddenly reduced in price just in time for me to pick them up and pass them on to loved ones, and get the benefit of appearing generous while managing to keep some of my cash in my wallet. Awesome.

Black Friday 2019 saw retailers, far beyond just Amazon, reaching out and prolonging the sales period for a week or more – to the point where it was almost impossible to keep up with the fresh deals each day.

I know why they do it – online stores need to keep people coming back to their sites, but again, I was always kinda like, ‘well what if I buy that and I see something I want more come on sale tomorrow.’ The stores would like to think you just buy both, but of course, it’s not that simple for everybody, especially in these times.

With that in mind, I assumed that this online selling tactic of holding stuff back might be a bit more refined by the time Black Friday 2020 swept around. Then, well, Covid.

Even though the clever people have been expecting some form of a pandemic for decades it never entered the collective consciousness of the rest of us about how we would be affected in the day to day as we have to learn how to live without breathing in other people’s potentially infected air.

So we all (if we have any common sense) wear our masks and go about our daily business in the best way we can while keeping safe. Some things have changed irreversibly, however. Shops very much being one of them and we are about to see exactly how much in the run-up to Christmas.

Frantic shoppers dashing around for last-minute gifts – not this year my friends. Crushing and elbowing your way around sale aisles? Nope. ‘Fraid not.

Black Friday as we know/knew it? Perhaps never again. If you are going to fight your way to a new TV you are going to need to do it online this year and the retailers are ready and waiting for you!

Already we are seeing the likes of Walmart announcing three separate Black Friday events as they jostle to be pole position to be the first to remove the money from your bank account.

“The doorbuster deals will be online, but we’re also going to have great prices in-store,” McCall said.

Of course, retailers like Walmart still need to encourage people into stores but there is no doubt that this Black Friday war will be fought online.

Besides stores needing to at least attempt to look as though they are keeping people safe, there is of course the simple matter that many people do not want to put themselves at any unnecessary risk and will be simply loading up Google Chrome or Microsoft Edge to get all their bargains without the increased risk of bumping into our microscopic overlords in the electronics department.

Lowe’s, with a similar tactic, started its ‘Season of Savings’ event yesterday with Executive Vice President Marisa Thalberg saying, “When it comes to going into the physical stores, we are not going to create a situation where there is a time sensitivity that would create crowd situations. That is irresponsible in our current environment.”

It would appear then that delivery drivers and postal workers are set for a pretty hectic period of hard work, rather than store assistants. How the infrastructure will cope with this increased demand is another variable at this stage.

A survey of 2000 Americans by Affirm highlighted that 7 in 10 are more likely to buy something on sale now rather than wait for the actual Friday of Black Friday fame to come round. Nearly half of them also said they will do their holiday shopping online this year.

We are still waiting to see what the mighty Amazon is planning, but if our sources are to be believed they have been prepping for this event for months and months, stocking up on extra products like we hoarded toilet paper, back in April.

Online shopping was always set to ultimately take off as the predominant force in retail – we have been watching it grow exponentially year on year, but Covid-19 looks like it will accelerate that through the stratosphere in 2020. How will affect us though? We will be content with scrolling through list after list of reduced items and get the same visceral thrill of picking up a bargain. Time will tell.

Once all the chaos of 2020 (and probably 2021) begins to fade into history, it’s hard to see a point where we go back to shopping in quite the same way ever again. Let us know what you think in the comments below,

See all WePC’s best Black Friday deals which will be updated in the run-up to the event. 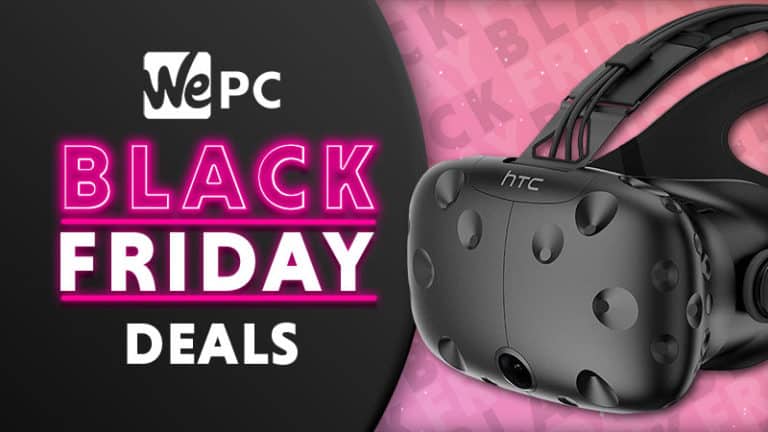 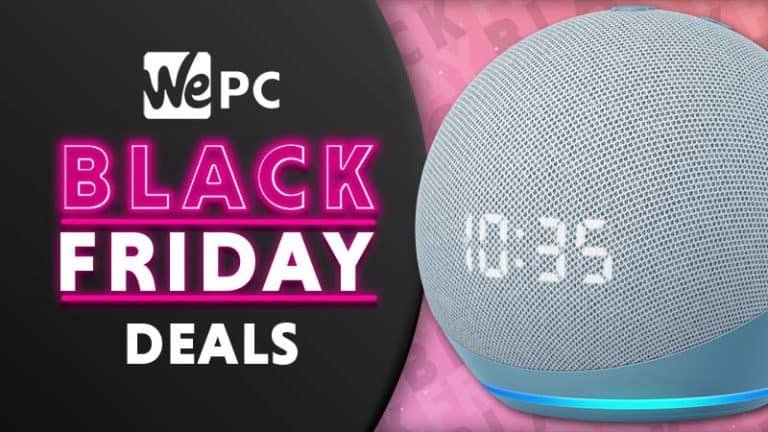