Fancy grabbing a few cheap games from Uplay this Black Friday? We've done some homework for you. 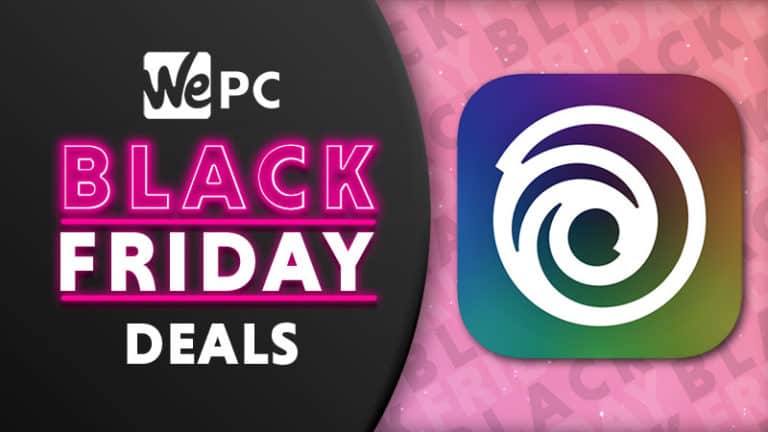 Uplay is Ubisoft’s digital distribution system, while it hasn’t enjoyed the best reputation since its release in 2009 it still seems to have a place on everyone’s gaming PC so it’s worth having a look this year for the best Uplay Black Friday deals. We’ve been paying attention and have a feeling that Uplay will impress us this year. They also have hopped on the bandwagon of a monthly subscription service allowing you to play all the games you want for one neat fee every month.

Ubisoft+ is a subscription service, it’s an attractive proposition, all the games you want for a small monthly fee. This is why it’s really worth paying attention to as we think they are likely to give a small discount on the subscription fee. Is a small discount on a whole library of games better than a large discount on a single game? that’s up to you but it’s worth thinking about. Uplay+ also includes the recently released explosion-filled action FPS, Far Cry 6. Other standouts included with the service are the fondly-remembered Assassin’s Creed franchise and the Watchdogs games. There’s a lot of potential value to be found here so stick around as we’ll be updating you on Ubisoft+ deals on the regular.

Far Cry 6 was recently released to very positive reviews and continues the series’ tradition of explosive FPS gameplay and is set on and around the fictional Caribbean island of Yara. It’s worth playing for its incredible visuals and bombastic combat. It was one of this year’s biggest releases and if you haven’t gotten around to playing it, the Uplay Black Friday deals will provide possibly your best opportunity to pick it up.

It’s worth noting that due to the recent release of Far Cry 6 it probably won’t receive a huge slash in price, but we wouldn’t say no to a cheeky 10 or 15% off.

Assassin’s Creed is one of the most successful and long-running franchises out there, with 12 games in the main lineup and several smaller ones for mobile and various portable hand-held consoles. The latest addition is Assassin’s Creed Valhalla, a murderous romp through the Viking expansion into the British Isles. You play as Eivor Varinsdottir a raider who unwittingly gets caught up in the classic Assassins vs Templar conflict. It was well-received on release and is playable on all current-gen consoles as well as our preferred platform, PC. It’s been almost a year since it was released, this places it in prime position for a really generous price-cut during the Uplay Black Friday deals this year.

Tom Clancy’s Rainbow Six Siege has enjoyed a positive reputation as one of the tensest and most tactical multiplayer shooters out there with a focus on team communication. It’s run for 23 seasons at this point and has a vast amount of DLC available to purchase, including cosmetics and additional playable characters. It’s a very enjoyable multiplayer experience and has spawned a professional competitive scene that regularly draws high amounts of viewers and boasts seven-figure price pools. It’s included in the Ubisoft+ subscription and is likely to receive a price slash this year, both the core game and the associated DLCs and cosmetic options will be subject to some very generous offers this Black Friday season so keep tabs on the store page to make sure you don’t miss out.

At WePC we have been working round the clock in order to sniff out the best deals for Black Friday 2021 and have constructed a vast range of pages that cover all your technology bargain-hunting needs. So, stick around, make the most of that hard-earned cash during this holiday season.